Talkback: In Honor of E3, What Movies Would Make Great Video Games? 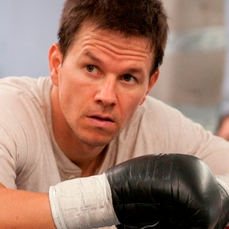 You know the sad tale: Hollywood gets its hands on a popular video game title, adapts it into a movie starring some sort of Van Dammian creature, and it becomes an awful bust. In honor of the decadent E3 video game conference in Los Angeles, let's buck the trend and turn a beloved film into a console caper. What are your (preferably unconventional) choices for the video game treatment?

Since we're still dispensing polite golf claps over the news of a Salt sequel, I'll suggest Salt. Yes, one Angelina-affiliated video game protagonist is probably enough, but I like the spy angle of Salt and the hero's monotone business attire. In fact, I would enjoy an XBox 360 release called Monotone Business Attire. Get me a headset and an ethernet cord; I'm ready to talk smack!

· Being There reimagined as an RPG! All RPG heroes are hapless wanderers, no? Why not turn the ultimate hapless wanderer, Chance the Gardener (Peter Sellers), into a rightful console star? Like Groundhog Day after it, Being There is an amazing comedic idea for that unfortunately goes stale (and gets a little hokey, if you ask this meager film fan), but a video game version of Chance's meteoric rise may streamline the movie down to its most poetic moments.

· The Fighter fighting game! Fill up your life gauges for brawls between Charlene and Alice, or Micky and Dicky, or all of Micky's sisters. I'm partial to Charlene (Amy Adams), myself. Her high jump scholarship and utter defiance ("Stop callin' me an MTV girl!") would make for a most playable character.

· Willy Wonka and the Chocolate Factory, the party game! The fizzy lifting drink/ceiling fan scene is worthy of at least a minigame.

· Winter's Bone, the grizzly actioner! As Ree, you storm through the deep Ozarks to locate Jessup, your meth-cooking father, and along the way you spar with baddies and feds. Watch out for that freezing river at game's end.

What are your suggestions? Surprise us, why don't you?