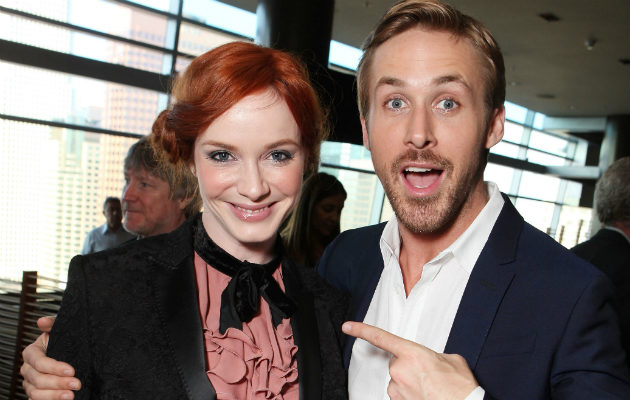 Ryan Gosling is graduating from actor/coloring book muse to writer-director with his directorial debut, How To Catch A Monster, from his own script - and he's recruited Drive co-star Christina Hendricks to play the lead. So what's the Baby Goose's first foray behind the camera about?

Described as a "modern day fairytale" with elements of "fantasy, noir, and suspense," Monster sounds like a cousin of sorts to Nicholas Winding Refn's Drive, which followed Gosling's coiled-up Driver in a seedy tour through Los Angeles.

Hendricks co-starred in Drive as Blanche, the pouty femme fatale who gets wrapped up in a job gone wrong before taking a memorable powder in a motel bathroom. Monster, produced by Marc Platt and Adam Siegel (two of the producers on Drive), will be courting buyers at the Toronto Film Festival next month, with filming to start next spring.

Per press release, via Indiewire:

"How To Catch a Monster weaves elements of fantasy, noir, and suspense into a modern day fairytale. Set against the surreal dreamscape of a vanishing city, Billy, a single mother of two, is swept into a macabre and dark fantasy underworld while her teenage son discovers a secret road leading to an underwater town. Both Billy and Bones must dive deep into the mystery, if their family is to survive."