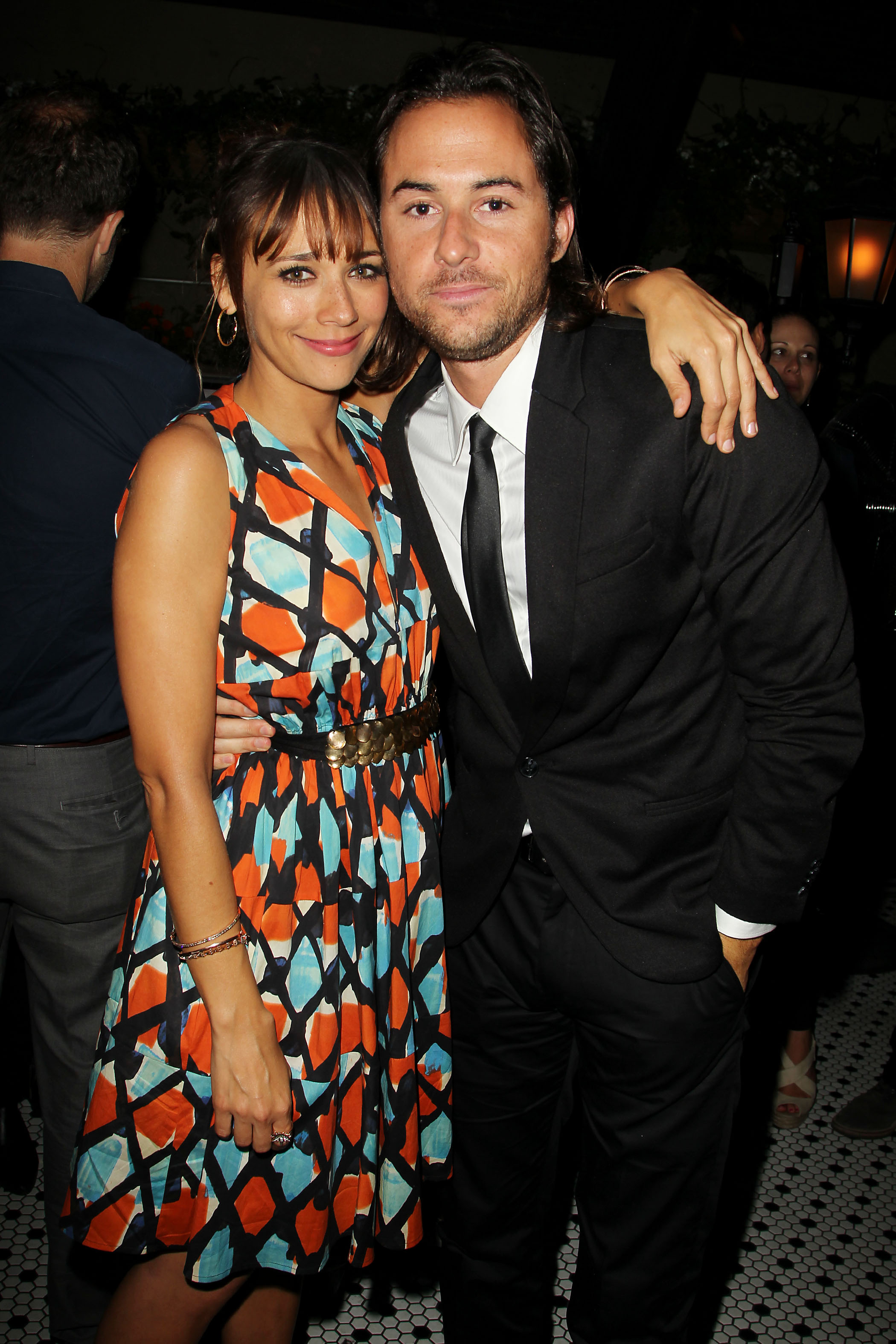 Celeste and Jesse Forever star Rashida Jones and director Lee Toland Krieger at the after-party for their film Wednesday night in NYC. Photo by Amanda Schwab/Starpix.

Indie pic Celeste and Jesse Forever played Sundance back in January and achieved that much sought-after hallmark of success: an acquisition deal with a big-name distributor - in this case the venerable Sony Pictures Classics. But the movie that had some false starts before shooting began did make it to the screen and if a gala screening of the film last night in New York is any measure, it should see more success. In addition to cast members Rashida Jones (who also co-wrote the film) and Rebecca Dayan as well as writer Will McCormack and director Lee Toland Krieger, Anne Hathaway, Paul Rudd, David Schwimmer, Amy Poehler, Aziz Ansari, Andy Cohen and Max Greenfield turned out for the event, hosted by The Peggy Siegal Company and the International Rescue Committee.

A second-floor bar with a view of the Williamsburg Bridge at the Hotel Chantelle in Manhattan's Lower East Side played hotspot for the after-party where Hathaway and others mingled with cast and invitees. Krieger told Movieline that producer Jennifer Todd approached him with the Celeste and Jesse Forever script back in 2010. "I thought I'd just read it, but then I fell in love with it," he said. "I am a big Woody Allen fan and especially love Husbands and Wives. Both movies are full of comedy, but they're about heartbreak."

Sony Classics will open Celeste and Jesse Forever in New York and Los Angeles beginning this Friday; stay tuned for our Movieline chat with Rashida Jones.

Plot: Celeste (Rashida Jones) and Jesse (Andy Samberg) met in high school, married young and are growing apart. Now thirty, Celeste is the driven owner of her own media consulting firm, Jesse is once again unemployed and in no particular rush to do anything with his life. Celeste is convinced that divorcing Jesse is the right thing to do, and if they do it now instead of later, they can remain supportive friends. While navigating the turbulent changes in their lives and in their hearts, these two learn that in order to truly love someone, you may have to let them go.