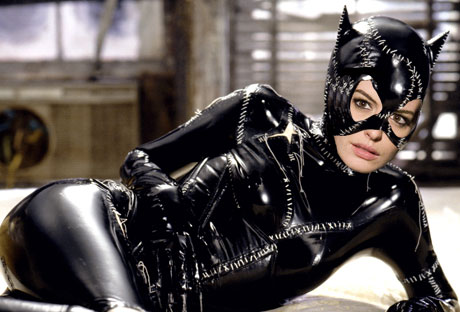 The Dark Knight Rises director heaped praise on actress Anne Hathaway ahead of the final Batman installment, which opens July 20th. He said Hathaway performed so well as the human-feline-vixen that she deserves her own spin-off movie. But that doesn't necessarily mean the British-born filmmaker will spearhead a Catwoman enterprise himself.

"Anne is incredibly precise and articulate about the psychology of the character. She's really built it from the ground up, it's just a delight to watch her perform," he said to Access Hollywood as reported via The Guardian. "The thing she does in those heels is not to be taken lightly. She's an incredible character and we're very excited to see her and hopefully we'll leave people wanting more." But as far as Gotham, Batman and the like are concerned, Nolan said he's ready to do something else. "I'm done. I've told our story and I'm moving on [but] I certainly think she deserves it – she's incredible."

Anne Hathaway's character revises Michelle Pfeiffer's version from 1992's Batman Returns in which she plays Selina Kyle. The Dark Knight Rises is the third and final installment of Nolan's Batman series which opened in 2005 with Batman Begins. The Dark Knight Rises stars Christian Bale as Batman as well as Michael Caine, Gary Oldman and Morgan Freeman. Newcomers include Hathaway as Catwoman/Selina Kyle, Tom Hardy as the villain Bane and Joseph Gordon-Levitt as a Gotham policeman. The film takes place eight years after where The Dark Knight left off.