You Will Never Feel Safe in a Movie Theater Again 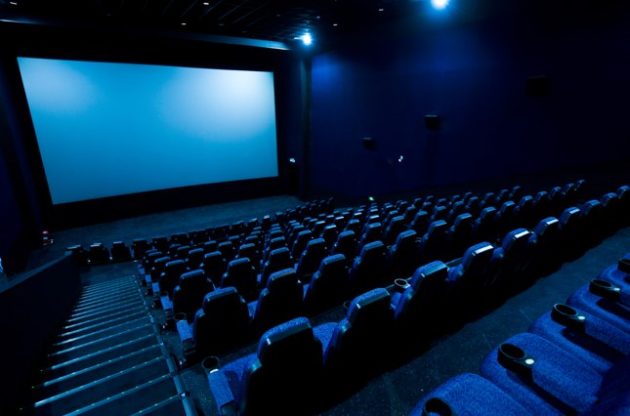 Funny you should ask.

The tweet was soon deleted by whoever maintains the National Rifle Association-affiliated Twitter account, likely (but unofficially) the reaction to an outpouring of protest over the insensitivity of such a query mere hours after James Holmes allegedly opened fire in an Aurora, Colorado, multiplex, killing 12 and wounding 50. Moreover, it was a stupid question because we know everybody's weekend plans, curled up with the cultural imperative to "process" the event: To blame, to pray, to reflect, to understand. Was it linked to The Dark Knight Rises, whose feverish midnight showing served as the flashpoint of the massacre? Was it an outgrowth of generations of mediated violence — a gory cocktail of TV shows, video games and shoot-'em-up blockbusters? Was it just a 24-year-old nutjob wanting to hurt, maim and kill for no other reason than to simply do it?

Whatever. It's all those things and more and none of them all at once, because it doesn't really matter.

Not if we're being honest with ourselves. The victims don't matter. The shooter doesn't matter. The motive doesn't matter. All that matters is us, sitting here wringing our hands over the same nightmare we've seen and "processed" again and again and that has finally hit us where we always knew it would: At the movies. A confined space comprising hundreds of strangers in the dark, all vulnerable, oblivious to their surroundings. A literal sitting target in a nation where the National Rifle Association cheerfully greets 16,000 Twitter followers on the same morning that an actual, real-life American Rifleman murdered a dozen compatriots, injured 50 others and got us all talking once more about the omnipresence of gun violence — until no one can settle on accountability and we get bored and stop talking about it. Then it happens anew.

Again, though, you know that story, and you know that we do nothing. So welcome to the new reality: You will never feel safe in a movie theater again.

You will suppress fears and go anyway, because "I can't let the [insert menacing perpetrator of violence here] win. You will go in groups that help you feel safer." You will pass through metal detectors and spot armed police and/or part-time security sentinels roaming the multiplex lobbies and corridors. You will arrive early to get a seat close-by an exit, but then second-guess your position because Holmes is said to have entered through an emergency exit, and what if a gunman or other rampaging homicidal maniac enters behind you and you don't see him? And eventually you will go back to whatever strategy you had before Aurora, because it's easier to be complacent than paranoid. What choice do you have?

Consider Jessica Redfield, who was shot and killed this morning at the movies. Redfield kept a blog where she described in eerie, devastating detail having narrowly missed last month's shooting at Toronto's Eaton Center:

More people joined the crowd at the scene and asked what happened. “There was a shooting in the food court,” kept being whispered through the crowd like a game of telephone. I was standing near a security guard when I heard him say over his walkie talkie, “One fatality.” At this point I was convinced I was going to throw up. I’m not an EMT or a police officer. I’m not trained to handle crime and murder. Gun crimes are fairly common where I grew up in Texas, but I never imagined I’d experience a violent crime first hand. I’m on vacation and wanted to eat and go shopping. Everyone else at the mall probably wanted the same thing. I doubt anyone left for the mall imagined they witness a shooting.

I was shown how fragile life was on Saturday. I saw the terror on bystanders’ faces. I saw the victims of a senseless crime. I saw lives change. I was reminded that we don’t know when or where our time on Earth will end. When or where we will breathe our last breath. For one man, it was in the middle of a busy food court on a Saturday evening.

It would be her final post, and it once again raises the most crucial yet unresolved questions that face us every time this scenario erupts, whether at Eaton Center or Winnenden or Columbine or Utøya Island or Virginia Tech: What will it take for us to stop never imagining we'll experience a violent crime first hand and accept the ever-increasing likelihood of that prospect? And if we accept it, what, if anything, will prompt us to change it? Not violent knife crime or violent bomb crime, either, but violent gun crime — the kind that took Redfield's life and which even she acknowledged as an afterthought from her upbringing in Texas, where one representative's answer to this morning's massacre was not to address the crisis of gun violence but rather to actually lament, "[W]as there nobody that was carrying a gun that could have stopped this guy more quickly?"

I'm not going to go spelunking through the murky logic of the pro-gun crowd or the phony, fleeting outrage of millions who sit by spinelessly, deigning to confront the gun scourge only after it has taken another 12 or 20 or 80 souls they never knew. I'm not going to dwell on the barbarism of a society that extols the Second Amendment as gospel but would just as soon argue against an uninsured gunshot victim's constitutional right to health-care coverage. (And anyway, every one of those survivors receiving care in Aurora today surely has a full-time job with excellent benefits, right? Right?) Furthermore, if decades' worth of school shootings and hundreds of dead kids can't force appreciable change, then why would one multiplex tragedy in Colorado result in anything different?

Here's why: Because you'll never feel safe in a movie theater again.

Call it a silver lining if you want (or can), or just call it cold, calculated industry politics, but Aurora transcends our familiar gun-culture stalemates in that very specific way: A billion-dollar industry long accustomed to treating its customers like shit without consequence has been jolted into recognizing a threat that it can't just sweep under the rug. Elected leaders and civic bureaucrats and unions can get away with sabotaging education all they want, up to and including neglecting and ignoring the budding sociopaths who roam the halls and streets with guns. Missing the point is part of their DNA. Hollywood, meanwhile, can see the massacre's ghosts aloft in a shadow lengthening hourly over its domain, and even if every person in America took in a movie tonight in solidarity, the reality of that act as a reaction against fear as opposed to the pursuit of entertainment — of cinema's enduring spiritual thrill — compromises everything this billion-dollar industry is built on.

Like those in the NRA, the captains of this billion-dollar industry also have a lobby in Washington. And when you see envoys for the Cinemark theater chain, the National Association of Theater Owners and the Motion Picture Association of America enacting their own solidarity, and when you see stock values drop and security costs surge (the latter of which, as noted, won't actually help you feel any safer in a movie theater, but hey), you can expect that lobby to apply the same volume of muscle we've seen exerted by gun owners, retailers, manufacturers and the rest of the firearms lobby for years. Only then, when the forces collide, might we have some actual development in how we truly deal with gun violence. And even that is assuming both can be honest about the psychic ravages and legacies of violence, from which they have profited enough to be so powerful in the first place.

Unless, that is, any of us feel like actually doing something worthwhile with all our fashionable defiance — actively diminishing and someday, generations from now, eradicating the kind of gun violence that actually followed Jessica Redfield from Texas to Toronto to Aurora and to which she was so inured that she never imagined it could happen to her. "I was reminded that we don’t know when or where our time on Earth will end," she wrote. "When or where we will breathe our last breath." It really shouldn't be in a movie theater, but I guess we'd better add it to the list of possibilities. Wouldn't want to disrupt those weekend plans, you know?