E-Meters and Liquid Schisms: Auditing the First Poster for The Master

In the latest installment of One-Sheet Wonder, a column going deep on the best, worst, weirdest and other milestones of contemporary movie-poster art, Movieline takes a look at the new poster for Paul Thomas Anderson's The Master. — Ed.

The Master, Paul Thomas Anderson's enigmatic follow-up to There Will Be Blood, has been trailed by speculation and assumption for months — Is it about Scientology? Is Philip Seymour Hoffman portraying L. Ron Hubbard in a biopic capacity? — and every question has been met with denials and mystery. But each new marketing piece sheds more light on what we'll get. After two beautiful, beguiling teaser trailers, a beautiful, beguiling one-sheet for Paul Thomas Anderson's The Master debuted today over at Ain't It Cool News. But like the clips before it, the poster tells us almost nothing about the movie. (Or do they?) 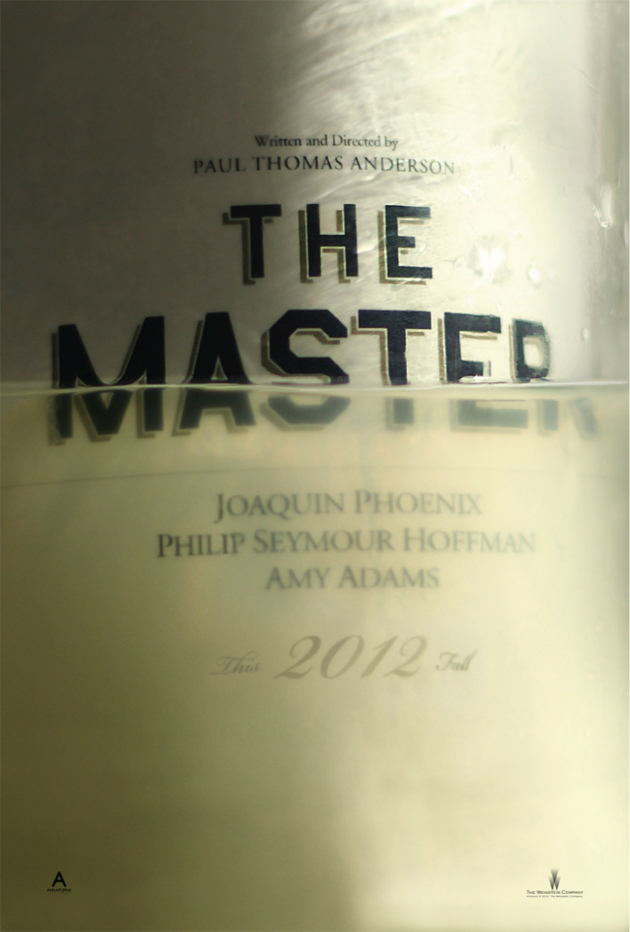 The first trailer was peppered with Scientology-ish personality questions, and this poster seems based on an abstraction of an e-meter, the device used in Scientology auditing. 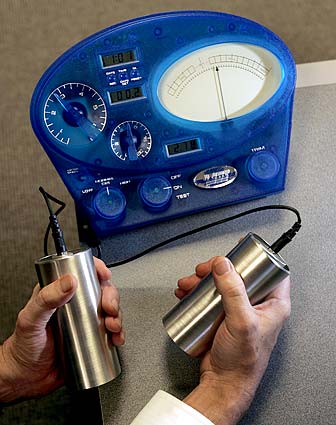 The close-up of a barreled piece of silver metal seems like an unfinished soda can. But take a look at the tubes in this photo (pictured right) and it's not a far leap to see the poster as a macro view of one of those e-meter tubes. But then what's that dirty, flat-champagne-like liquid draining out of the poster (notice the drops at the top)?

It could reference Hubbard's Naval background and his life on a yacht, and there's a vague nautical element to the fonts. Or it could refer to the flushing of alcohol that comes with the Scientology auditing process. Whatever the case, it creates a nice refraction in the word "MASTER," bisecting it and putting the halves increasingly off kilter as you go from left to right, a reflection of the schism hinted at in the second trailer ("Just say something that's true!").

This probably won't be the only poster for The Master, but don't expect a second one-sheet to bathe the plot in sunlight. There Will Be Blood had two domestic one-sheets, and while the teaser was far more engaging than the final art neither gave the game away. Time will tell whether The Master follows suit, but like with TWBB the mystery surrounding the film — encapsulated in this excellent first poster — makes the wait to see it interminable.

Dante A. Ciampaglia is a writer, editor and photographer in New York. You can find him on Twitter, Tumblr, and, occasionally, his blog.