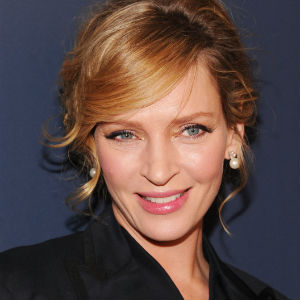 The adaptation process is always a tricky one, but Oliver Stone had to make some especially tough choices in editing his big-screen version of Don Winslow’s Savages – and as a result, scenes with Uma Thurman, one of his cast’s biggest names, were left on the cutting room floor.

Paring down the book to tell the tale of two Southern California weed growers (Taylor Kitsch, Aaron Johnson) going commando to get their kidnapped girlfriend (Blake Lively) back from the Mexican cartel, Stone (who adapted Winslow’s novel with Shane Salerno and the author) had to leave certain material out; at a rambling two-plus hour run time, it’s already crowded with languid scenes and a deep line-up of characters.

Thurman joined the cast last year and shot scenes playing the Laguna Beach-dwelling mother of Lively’s rich hippie girl O (short for Ophelia). The character, a frequently absent multiple divorcee, is mentioned in the final cut but ultimately was snipped out in the name of ruthless editing. (There goes that Pulp Fiction Travolta reunion.)

“Oh we cut a lot; the book is one hundred and twenty scenes. I think we only in a movie have 30 scenes to play,” Stone told journalists in Los Angeles of the sections of the novel whittled down and excised in the adaptation process. “We had to make decisions in script, we made decisions in the editing, we had to consolidate so much and there's so many things different in the movie than the book, you have to read the book to understand that.”

“We have some good deleted scenes that you'll see one day that are fun, but they had to go,” he continued. Also apparently left on the cutting room floor are scenes of Benicio del Toro as cartel thug Lado at home with his family, including Mia Maestro as his wife – humanizing relationships that del Toro’s Lado mentions but aren't seen in the film.

So perhaps an eventual Savages extended cut/DVD/Blu-ray release will insert Thurman’s scenes back in; Lively says their scenes together help explain why O is the pot-smoking, perhaps reckless free spirit that she is.

“Her mom is off with her eight different husbands," she said. "It’s a shame that you will miss that, in the movie. It was really beautiful stuff with Uma Thurman, and I think it really told a lot more of how a girl could end up this way. She’s the modern girl. Divorces are so much more common now than they were. Love is very untraditional, and these are three people who don’t have a family, creating a family within each other.”

Savages is in theaters today.