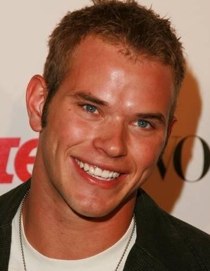 And I mean "amazing" — like the Hindenberg disaster or those nature-documentary Serengeti footraces that you like to watch when you're high and that always end in some poor gazelle's evisceration and you wish you could share the mindblowing experience with all your coworkers the next day but they'll never understand and anyway it's better to be discreet about these kinds of things though that doesn't make it any less amazing. But I digress: Kellan Lutz is going to play Tarzan in a performance-capture 3-D updating of the Edgar Rice Burroughs legend.

And by "updating," I also mean "updating." Per THR:

For example, Tarzan’s parents, billionaire adventurers, are now killed in airplane crash rather than being marooned with their child. And the movie’s villain is the CEO of Greystoke Energies, a man who took over the company from Tarzan’s deceased parents.

In the script, Jane is the daughter of an African guide and is committed to the conservation and preservation of the African jungle. She eventually works with Tarzan to defeat the mercenary army of Greystoke Energies.

Spencer Locke ("perhaps best known for playing K-Mart in Constantin’s Resident Evil movies") will play Jane. I can see the posters now: LUTZ. LOCKE. TARZAN. IN 3-D. What could possibly go wrong? I mean, the public is clamoring for Burroughs material, especially starring mid-level actors and heavy on the 3-D and visual effects. Just ask Rich Ross. If you can find him.

Incidentally, I feel very, very sorry for DeWet DuToit this morning. Should have been you, buddy.