Weekend Video: Get to Know 5 More Tribeca 2012 Filmmakers (and Their Films) 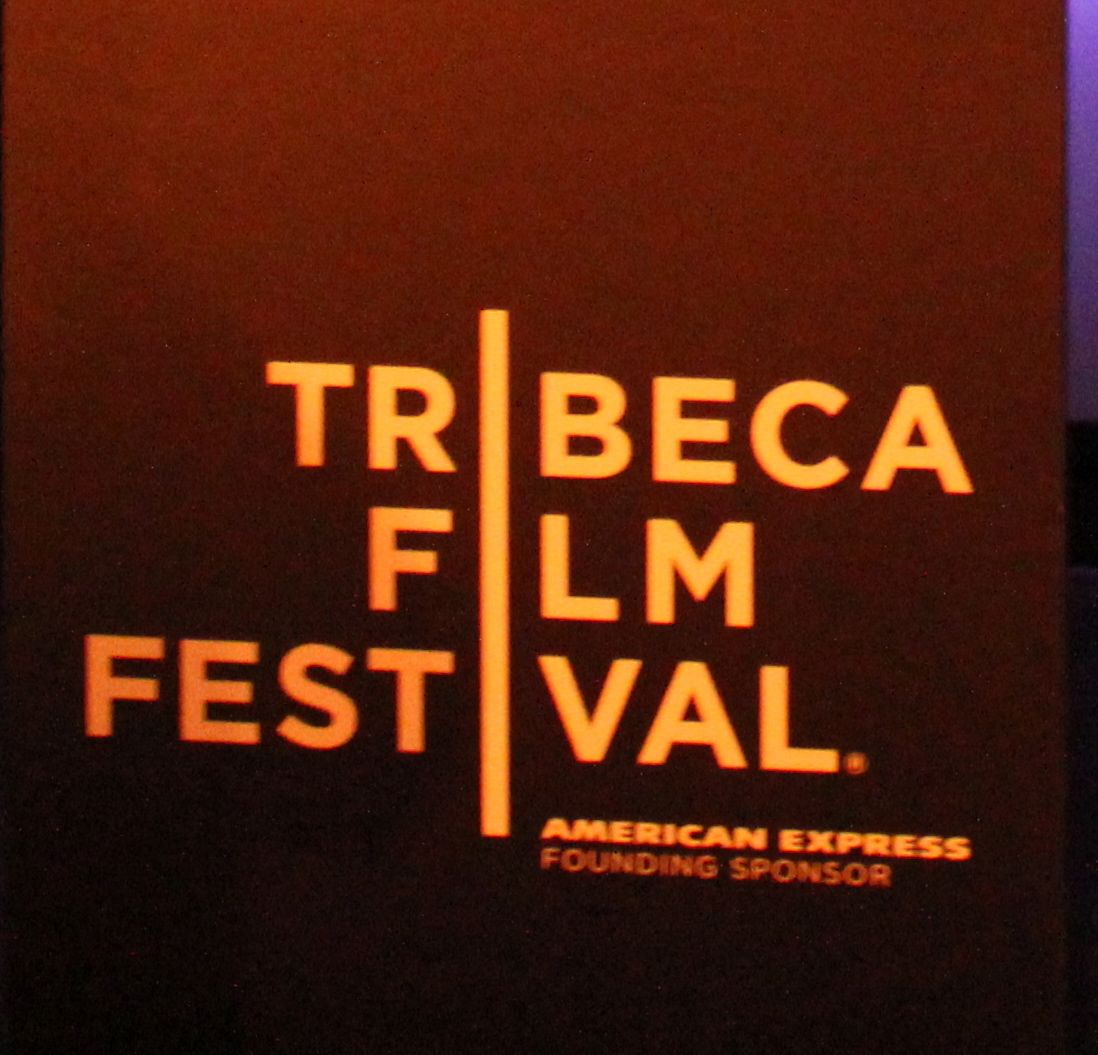 This past week, Movieline has spotlighted a number of Tribeca Film Festival filmmakers and trailers of their fest premieres. This weekend, we're sharing more. If you're in New York and want to see some films at the festival (or if you are looking for a taste of Tribeca from afar), here is a sneak glimpse of more of this year's offerings from the festival's World Narrative Competition and World Documentary Competition.

Today's spotlights include two features from Tribeca's World Narrative Competition, Jack and Diane as well as Yossi. And from the World Documentary Competition, Movieline is featuring Downeast, Wavumba and The World Before Her. Be in the know and check them out — and share your thoughts on these and other Tribeca films.

Synopsis:
Tomboy Jack and bubbly Diane fall head over heels in love one hot summer in New York City. But neither Jack's tough exterior nor Diane's demure innocence prepare them for the intensity of their feelings. When Diane reveals she must leave the city for school in Europe at the end of the summer, Jack pushes her away. As Diane struggles to maintain their budding romance, she must also try to conceal from Jack the increasingly dark and violent visions that have begun to plague her. [Courtesy of Tribeca Film Festival]

…and why it's worth seeing at Tribeca:
It's quite likely the only film playing in New York next week which has an animated vagina in it.

Thoughts about the trailer:
We were trying to capture that awkward budding moment when two people have just exposed their hearts to each other;  they feel vulnerable, sensitive, and excited - all feelings which the film re-engages with in different ways.

Synopsis:
Returning to the role that won him TFF's Best Actor award in Eytan Fox's Yossi & Jagger in 2003, Ohad Knoller gives another extraordinary performance as Yossi, a closeted gay man living a solitary existence in Tel Aviv. A perennially sad, workaholic doctor, Yossi has his quiet world shaken when a middle-aged woman walks out of his past and into his examination room. Their brief but emotionally charged reunion unnerves Yossi enough to make him spontaneously leave Tel Aviv. On the desolate roads of southern Israel, a chance encounter with a group of lively soldiers ignites Yossi's desire to awaken from his emotional slumber. [Courtesy of Tribeca Film Festival]

Yossi quick pitch:
Yossi is a follow up to a film I made 10 years ago. It’s a character study of Yossi, of his psyche and soul. As the film starts, he is still suffering from post-traumatic stress due to the death of his lover during the war. He remains in the closet, so he is also at war with himself. As a cardiologist, he has essentially exchanged one army for another, because being a doctor also involves consistently dealing with crises and difficult issues. You even have a uniform! Ultimately, the film is about Yossi eventually processing the horrible things that have happened to him, things he has long repressed, and finding ways to escape the very difficult places that he has been in for years. He finally discovers a new way to define himself and create a new life.

…and why it's worth seeing at Tribeca:
This is our world premiere for Yossi. I would say people should see it for Ohad Knoller’s performance. I’m just so impressed and moved by what he did with the character of Yossi again, ten years later. I don’t want to insult any other actors of mine or characters of mine, but I don’t think I’ve ever loved a character as much as Yossi as played by Ohad.

Synopsis:
The slogan on the 'Welcome to Maine' sign leading into Gouldsboro reads "Open for Business," but the recent closure of the sardine canning factory has brought this small coastal town to a total standstill. Its laid-off residents — mostly 70-year-olds — just want to get back to work, so when Italian immigrant Antonio Bussone arrives from Boston aiming to open a new lobster processing plant, most of the local labor welcomes him with open arms. After all, they're sick of sending their lobsters to Canada when there's a ready-and-willing workforce to process them at home. So why is tapping into federal relief funds to finance the plant turning into the biggest struggle of Antonio's life? [Courtesy of Tribeca Film Festival]

Downeast quick pitch:
Downeast is a poetic exploration of Antonio Bussone's tireless efforts to build a factory amidst conflict, navigate a faceless banking system, and employ a stagnant workforce that resides on the coast of Maine.

…and why it's worth seeing at Tribeca:
The economic crises played out in the streets and suites of New York City. Downeast shows its impact on the lives of every day workers and those who press forward against the odds.

Thoughts about the trailer:
The trailer shows the tensions involved in opening a factory when multiple interests are involved.

Synopsis:
Mysticism and color reign in this stunning documentary, steeped in the fishermen lore of Kenya. Dutch filmmaker Jeroen van Velzen explores his visceral memories of an early youth spent in coastal Kenya, where a reverence for the sea reigns high. Via the locals' enigmatic recitation of a well known folktale, we are introduced to a spirit-filled island, to which a fisherman's visit has the magic to alternately bless or curse his bounty. [Courtesy of Tribeca Film Festival]

Wavumba quick pitch:
Wavumba is a film about an old fisherman, Mashoud, who wants to catch a big shark as he did in the old days. Mashoud brings me into a world where fantasy, belief and reality cannot be differentiated from one another.

…and why it's worth seeing at Tribeca:
Not everyone has a childhood like mine, but every child grows up with amazing stories or myths he believes in. That makes this film more than just my personal discovery. By bringing you into the Kenyan reality, which is bound to other laws than ours, I want to wake up that feeling of magic you had as a child.

Thoughts about the trailer:
In the trailer I want convey the main story lines of the film. The reasons for heading back to Kenya and making the film are personal, but by following Mashoud on his quest to catch a big shark and by listening to myths told by an old Kenyan story teller I want to take people on a journey with me back to the world which inspired me.

Synopsis:
Young, beautiful, and ambitious, Ankita and Ruhi compete in the Miss India pageant for the chance at a career in the beauty industry, one of the few opportunities for women to find success and empowerment in contemporary India. On the opposite end of the spectrum from Miss India is Durga Vahini, the women's wing of the Hindu fundamentalist movement. Filming for the first time within a Durga Vahini camp, director Nisha Pahuja offsets the pageant narrative with that of camp leader Prachi, a fiery and compelling figure expressing a very different voice in the debate over women's issues. [Courtesy of Tribeca Film Festival]

…and why it's worth seeing at Tribeca:
There's a lot more to the film than women in bikinis and women with guns - what's happening in India really is a mirror that shows the West back to itself. We deal with two of the most critical and defining issues of the day - fundamentalism and capitalism. We also look at the struggles that women in India continue to face.

Thoughts about the clip:
In this clip you will meet Prachi our key fundamentalist character. She has a very complex relationship with her father and in this clip she expands on that relationship. In so doing Prachi points to the larger reality of female infanticide - still practiced in India.