VIDEO: Get to Know 5 More Tribeca 2012 Filmmakers (and Their Films) 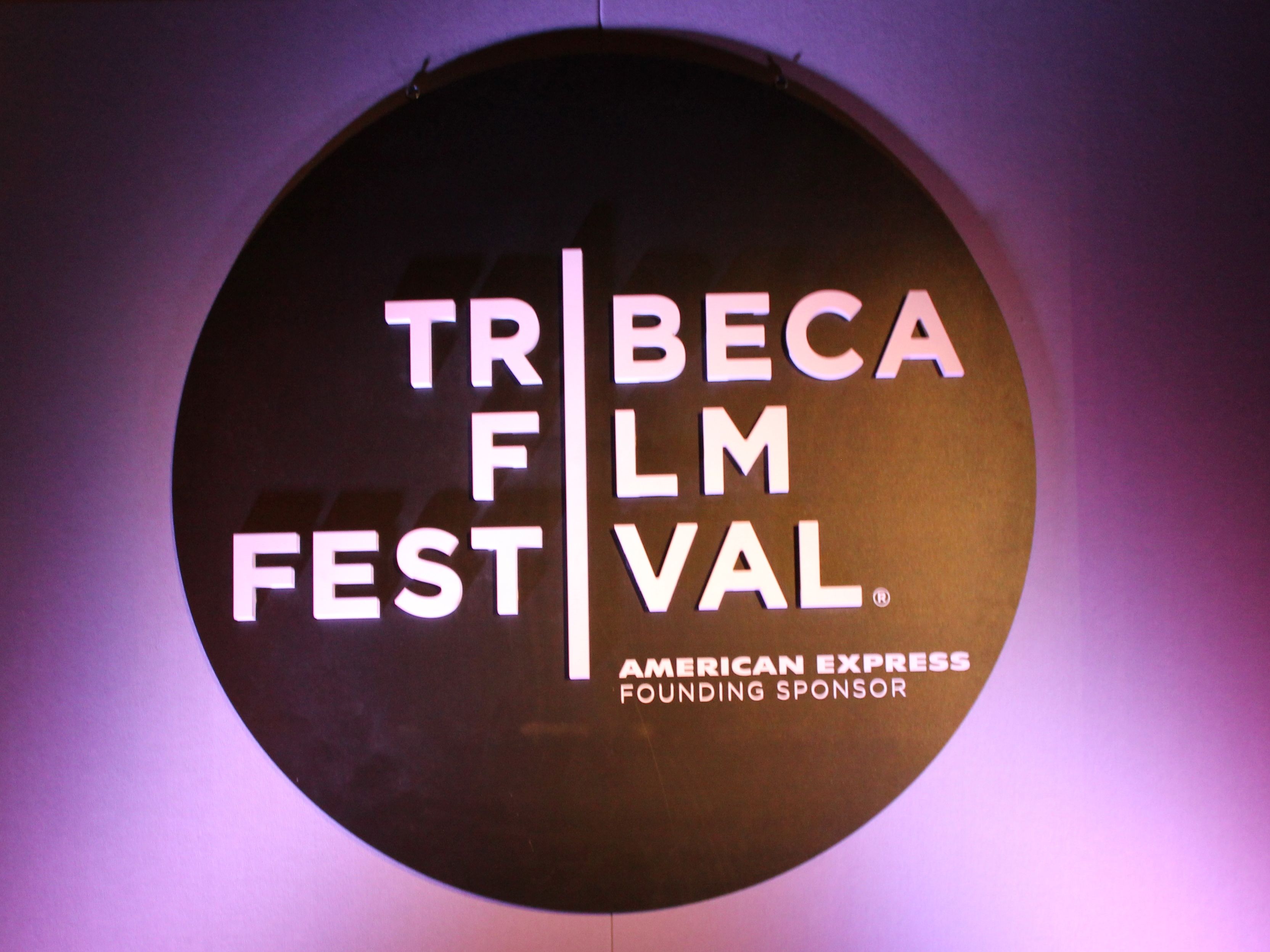 On Thursday, Movieline spotlighted five Tribeca Film Festival filmmakers and trailers of their new films. There are more to share, so if you're a New Yorker still looking at the schedule to figure out what to see (or if you are looking for a taste of Tribeca from afar), here is a sneak glimpse at some of this year's offerings from the festival's World Narrative Competition and World Documentary Competition, plus its genre-centered Cinemania section.

Friday afternoon's spotlight includes narrative competition films Unit 7 and Postcards From the Zoo as well as documentary competition features Ballroom Dancer and Off Label. And hailing from Cinemania is Replicas. Be in the know and check them out — and share your thoughts on these and other Tribeca films.

Synopsis:
The four cops of Unit 7 have a tough mission: to eradicate the most dangerous trafficking network of the city of Seville before the opening of the 1992 Seville World Exhibition, and bring an end to the corrosive power that has taken hold of the streets. Among them are Angel (Mario Casas), the leader of the unit, a young officer aspiring to become detective, and Rafael (Antonio de la Torre), a violent yet efficient cop. Over the course of their years-long mission, the two officers will take opposite directions: Angel's ambition will lead him to seek results by any means necessary, while Rafael's character will change when he meets a charismatic woman. [Courtesy of Tribeca Film Festival]

Unit 7 somewhat quick pitch:
Seville 1987-1992 (Spain).  Prior to the 1992 World Exhibition, Seville was a city with a certain air of abandonment.  Defoliated areas, wetlands and poverty were common in the heart of the city. Yet, a colossal project was to change the city forever. The city was ready to make an enormous effort: impress the world.  One of the many tasks was to rid downtown of drugs and prostitution and create an atmosphere where tourists could feel safe and comfortable. Special police units were organized and slowly, like a low tide, crime started to disappear from the center moving out into the outskirts.

This “force majeure” took place at the 1984 Louisiana Expo and is probably taking place right now in Brazil as the host of the next Soccer World Cup and in London with the upcoming Summer Olympics. In the meantime, we all look the other way...and, suddenly, all those who disrupted the aesthetics of the city, disappear. No one wonders where they went or how it was done. And this gave way to the film’s premise: Everyone looks the other way when it’s "necessary".

Unit 7 is a cop action thriller, the story of one of those special police units. A film that could be interpreted as the rise and fall of a band of gangsters, with the only difference being that our gangsters are on the “lawful” side of the line: they carry a badge.

…and why it's worth checking out at Tribeca:
The idea for Unit 7 rises from some files on an '80s trial. A lawyer-friend loaned it to Rafael Cobos (screenwriter). Everything was very vulgar, petty, too familiar - a micro-universe of crime shaded by abjection. Everyone involved had some kind of addiction: gambling, drugs, money, self-indulgence... We thought that the context was similar to the present situation of some European countries. The years before 1992 were years of economic boom in Spain years of splurging and waste; a developing country entering the first world and presenting its credentials internationally. Yet, in the meantime, what were the trash collectors doing? What were those who had the most unpleasant jobs doing? That was the question. There are many films about big corruption scandals but Unit 7 addresses the issue from a more domestic perspective. Sometimes, smaller stories explain big issues better.

Thoughts about the clip:
The clip you are about to watch reflects an important turning point in the film, when the members of Unit 7 decide to cross the line and become corrupt. In this clip, the different personalities of each of the four members become more obvious.

Synopsis:
In 2000, Slavik Kryklyvyy became the World Latin Dance Champion with his partner and lover Joanna Leunis. Enduring success seemed assured, but instead Slavik's career sputtered while Leunis went on to unrivaled glory with a replacement partner. A decade later Slavik has his sights set on a comeback. He has reteamed with a new partner — his girlfriend, amateur dance champion Anna Melnikova, and redemption seems within their grasp. But when it comes to making their relationship work both on and off the dance floor, will Slavik's unwavering ambition prove to be his greatest asset, or his fatal flaw? [Courtesy of Tribeca Film Festival]

Ballroom Dancer quick pitch:
Subtly depicting the pair's shifting relationship through gestures, glances, and the dance itself, Ballroom Dancer begins as a comeback story and evolves into a movingly intimate, tragic romance.

…and why it's worth seeing at Tribeca:
Ballroom Dancer makes its North American premiere at Tribeca 2012 and has been hailed by New York Magazine as one of the top 9 films to see this year at the festival. It's a beautifully filmed and extremely intimate portrait of two dancers in love. The subjects have given the filmmakers amazing access, thus making Ballroom Dancer breathtaking and heartbreaking all at once.

Synopsis:
A young vagabond couple pays for their wedding through work as professional guinea pigs. An aging African-American Muslim reconciles his memories of medical experiments conducted on him as an inmate in Philadelphia. An Army medic struggles with failed PTSD treatments. A woman mourns her son who committed suicide while taking part in an antidepressant marketing study. These are the medicated margins, those who've gone "off-label"—a term that refers to the use of pharmaceuticals in any way counter to their prescribed dosage or function. These are men and women for whom pharmaceutical use, abuse, and misuse are simply a way of life in a society that pathologizes the individual's desire for health, happiness, and even identity for profit. [Courtesy of Tribeca Film Festival]

Off Label quick pitch:
Off Label crosses the United States in an unconventional and visually evocative look at eight lives affected by the pharmaceutical industry, from professional guinea pigs who make their living as drug test subjects, pharmaceutical reps who haunt doctors' offices promoting their products and patients hooked on a never-ending cycle of pills.

…and why it's worth seeing at Tribeca:
Bigfoot makes an appearance.

Thoughts about the trailer:
The pervasive impact of medicine unites multiple personal stories from all over the country, provoking a complex consideration of how one social issue — pharmaceutical drugs — can become enmeshed in political beliefs, personal relationships, social positioning and even religious faith. Welcome to the strange pharmacy that is America.

Postcards From the Zoo quick pitch:
This film is about longing for something lost. The feeling of loss is very dreamlike and surreal: a dazed numbness, a dull, intangible pain, life goes on and then suddenly you feel as if you're sleepwalking. You don't summon up the feeling of loss but it comes anyway — and without warning.

…and why it's worth seeing at Tribeca:
The film has realist foundations but a very dreamlike atmosphere. Magical and hypnotic, like New York.

Thoughts about the trailer:
I've always wanted to touch the belly of a giraffe. When I was little I used to think, "Oh maybe someday when I'm tall enough." But even now, let alone touch her, she won't even let me come near. Three meters is the closest. In this digital era, when technology grows very fast, and becoming "touch less," I want more people to physically touch each other, or at least to feel that longing for touch and for being touched.

Synopsis:
Following the tragic death of their young daughter, Mark (Josh Close) and Mary (Selma Blair) Hughes decide to escape from their busy lives to their upscale vacation home in the woods, along with their son. Their attempt to get some quality time together is interrupted when an unusually friendly neighboring family with a hidden agenda stops by for dinner. But what at first appears to be a mere lack of social niceties is concealing something much more sinister. As their violent plot is unveiled over the course of a harrowing evening, a troubled family's bond is put to the test against one man's obsession with achieving perfection — at any cost.

Replicas quick pitch:
After the accidental death of their six-year-old daughter, the Hughes family escape their busy upscale suburban life and head to their isolated country home for some quality time. Their seclusion is soon interrupted when the awkward, poverty-stricken Sakowski family shows up at their doorstep with a hidden agenda.

…and why it's worth seeing at Tribeca:
1) This is the World Premiere, my directorial debut and our breakout film for our crew & company (The Lab Films) who also is the creative minds behind The Lab Magazine!
2) I think it is a role you've never seen Selma Blair play and should creep under your skin to stay!
3) Rising star (and co-star) Josh Close also wrote the screenplay!
4) Along with the brutal exploration of Identity Theft, we tackle the obsession and idea of perfection and how it truly only exists in peoples minds and, when that ideal is pushed to the extreme, how dangerous it can be.
5) I feel we've pushed the film to be so much more than a typical thriller film, and I think audiences will really react and resonate with the film!

Thoughts about the clip:
It is at this point when you really start to realize the madness and severity of the situation the Hugheses are in and just how far a person will go in the pursuit of perfection. Mark Hughes has ventured out of the house in attempts to save his family locking them in the bathroom with a gun and has been gone for a considerable amount of time... roll the clip!