VIDEO: Get to Know 5 Tribeca 2012 Filmmakers (and Their Films) 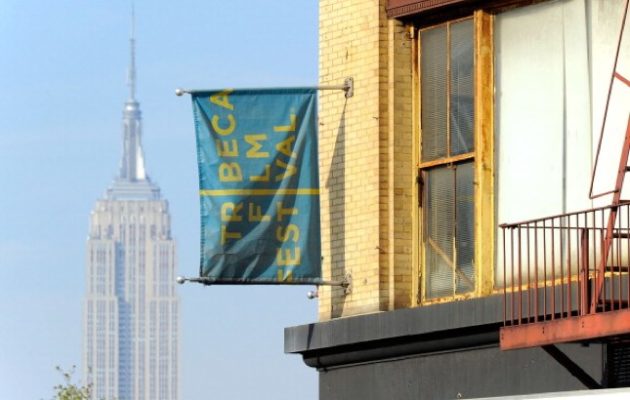 The Tribeca Film Festival opened Wednesday night with the world premiere of Universal's The Five-Year Engagement, ushering in 10 days of the festival's 11th annual event. Initial word from insiders is that this year's festival lineup is its strongest in years. Days from now, attendees will be buzzing about what works and what doesn't, but Movieline is offering up a sneak glimpse into many of the films playing in the festival's narrative and documentary competitions, plus its genre-centered Cinemania section. Ahead of the festival, we reached out to its filmmakers to give quick comments about their films and a peak at their trailers or clips, which Movieline will debut here in the coming days — including exclusive premieres, such as the trailer for The Revisionaries, featured below. Have a look, mark your calendars, and share your thoughts on these and other Tribeca films.

Synopsis
Once every decade, the 15 members of the Texas Board of Education meet in Austin to revise the state's textbook standards. Led by Don McLeroy, a Young Earth Creationist, Evangelical Christian, and beloved local dentist, the panel will debate and implement controversial new standards related to science, evolution, social studies, and American history that will ultimately go into effect in textbooks adopted by schools across the nation. Challenged by outspoken activist Kathy Miller, as well as Thomas Ratliff, a moderate conservative out to unseat him, McLeroy faces an uphill battle, with the fate of American education itself hanging in the balance. [courtesy of Tribeca Film Festival]

The Revisionaries quick pitch:
The theory of evolution and a re-write of US history are caught in the crosshairs when an unabashed creationist seeks re-election as chairman of America’s most influential board of education.

[The film] is about the rise and fall of a small-town dentist, outspoken young earth creationist, and Chair of the Texas Board of Education during a crucial period in determining high-school textbook content for public schools throughout the entire state, which influences schools across the country.

…and why it's worth checking out at Tribeca:
The Revisionaries is a very important and timely film about the politics of education. I hope the creative director at Tribeca, Geoff Gilmore, won't mind if we mention that he’s stated, “It’s such an intriguing point-of-view with the Christian right-wingers.” In an election year, what could be more important than learning more about a major battleground in the American culture wars?

Thoughts about the trailer:
I’d like audiences to be more informed about how the Texas Board of Education’s political process occurs, and to better understand the motivation and strategies of a handful of characters with opposing world views involved in that process, which could affect all of our children. Although we don’t advertise any specific action steps, we hope the film motivates audiences throughout the country to become more aware of the public school standards in their own state and understand the importance of participating in state board of education elections.

Synopsis
When winter begins, life is serene for a group of new-age Brooklynites living in a remote country farmhouse. Sex, drugs, yoga, and organic cooking absorb their days, safely tucked away from the stresses of urban life. But when a blackout of apocalyptic proportions strands them with no heat and no electricity during the coldest winter on record, their utopian commune is breached by anxiety and their idyllic harmony begins to lose its tune. As time wears on and the food supply dwindles, power struggles, jealousy, and desire threaten the group's ability to work together in order to survive. [courtesy of Tribeca Film Festival]

…and why it's worth checking out at Tribeca:
It's a compelling story about Brooklynites with some nice drugs, sex, emotional violence, and jokes in there, and but so that's just to set you up for what it's really about, which is love and death.

Thoughts about the trailer:
I wanted to communicate more than anything the tone of the film, which I think this does nicely. It's slow and visual and moody. The landscape gradually takes over.

Synopsis
Terrified, bloodied, and clutching a shotgun, Oscar Svendsen awakes and emerges from underneath a dead body. He finds himself in the midst of a crime scene in what used to be a respectable strip joint, surrounded by corpses and staring down the barrel of a gun pointed at him by a detective with the National Criminal Investigation Service. Naturally, Oscar is taken into custody, and during his interrogation he timidly relates a bloody story of betrayal, murder, and a soccer lottery prize that was meant to be shared with three ex-con co-workers. But is this the whole story? [Courtesy of Tribeca Film Festival]

Jackpot quick pitch:
Jackpot is a crime-comedy based on an original story by author Jo Nesbø.

…and why it's worth checking out at Tribeca:
If you want to see something hilarious from Norway with a memento to Tarantino´s absurd action universe, you better not miss Jackpot.

Thoughts about the trailer:
The trailer starts as a scary movie with a crime plot and shifts into a comedy. We wanted to communicate that Jackpot has many ingredients from different genres.

While We Were Here by director Kat Coiro - U.S. [World Narrative Competition]

Synopsis
In this tightly crafted relationship drama, Jane (Kate Bosworth) and her husband Leonard (Iddo Goldberg) travel to Naples—where Leonard is playing viola with the local orchestra—hoping to reinvigorate their silently disintegrating marriage and escape a personal tragedy that hangs heavily between them. Jane, left alone most days, wanders the streets listening to tapes she made of interviews with her grandmother, seeking inspiration to finish a book based on the old recordings. Facing writer's block, she takes a day trip to stunning Ischia, where she meets Caleb (Jamie Blackley), a young American leading a hermetic yet Dionysian life on the island. As the two embark on an unlikely emotional affair, Jane's carefully constructed world begins to crack open and she faces drastic changes in her life. [Courtesy of Tribeca Film Festival]

While We Were Here quick pitch:
Kate Bosworth plays a woman in an unhappy marriage who accompanies her musician husband to the south of Italy where she meets a young, devastatingly handsome man ten years her junior, with whom she embarks on an affair...

Thoughts about the clip:
The clip doesn't give away any of the tightly wound story but it does transport the viewer to a romantic place and gives a sense of the black and white photography, the stunning location and the original orchestral score.

Synopsis: Family man Marlon Villar is the longtime chauffeur of Manuel Chango, a notoriously corrupt Filipino politician. One day as he and his daughter accompany his boss' preteen daughter home, their car is ambushed and, in the ensuing confusion, the wrong girl is kidnapped and held for ransom. Determined to rescue his child, but trapped between the competing motives of Chango and the kidnappers, the unassuming driver's life takes a sudden, terrifying turn that propels him into a horrifying downward spiral. As events unravel, Marlon, Chango, and their families become entangled in a game of deceit and betrayal that will leave no one innocent. [Courtesy of Tribeca Film Festival]

Graceland quick pitch:
Graceland is an intense kidnapping drama that forces its viewers to see the motivations of several characters on several sides of a very dark story. It poses a lot of moral questions, is intensely exhilarating, and takes no prisoners.

…and why it's worth checking out at Tribeca:
There's nothing else like Graceland at Tribeca this year. Its raw ferocity and intense subject matter set it apart from other features, and the fact that it was written and directed by a Filipino now living in Manhattan allows it the exoticism of a foreign film with the heart of a local project.

Thoughts about the trailer:
The trailer is an extension of the film - calm and intense, with a strong air of concern that hints at the horrors to come. It highlights Arnold Reyes' bravado performance, which begins calm and subdued, but ultimately throttles the film like a freight train toward it's unexpected conclusion.

Stay tuned for more exclusive festival previews at Movieline, and read all of our Tribeca 2012 coverage here.