Who'd You Rather: Cronenberg, Cuaron, Innaritu on Studio Wishlist for Catching Fire? 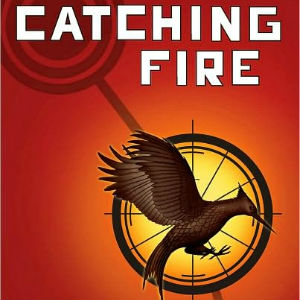 According to an LA Times report citing an insider in the know, Lionsgate is looking at a few notable names to take the helm of the Hunger Games franchise for the series sequel Catching Fire. Among the "seven or eight names" -- all men, it's noted -- are David Cronenberg, Alfonso Cuaron, and Alejandro González Iñárritu.

Supposing this shortlist is accurate, and knowing that the studio wants to get a move on with a director capable of wrangling the sequel into shape for an August start date, which of these three alleged candidates would you rather see bring Katniss Everdeen's next adventure to life?

From The LA Times:

According to a source with knowledge of the list who isn't permitted to speak on the record, Lionsgate needs to find a director with enough credits and accolades to appeal to Collins, who is much more interested in quality filmmaking than box-office prowess. This director also needs to have an even keel; no petulant crybabies allowed... task will require someone who can wrangle a large ensemble of actors, juggle the demands of a swift schedule and collaborate on a script with Collins and writer Simon Beaufoy.

"No petulant crybabies allowed." Interesting. Well, Cuaron's got Harry Potter cred under his belt. Iñárritu would certainly drive home the abject desperation of the world of Panem. And maybe working with Twilight's Robert Pattinson has brought Cronenberg one step closer to the YA universe. But I'm more curious about the other four or five names on this list... who else matches the profile for non-crybaby, good with kids, franchise-able serious-movie directing?