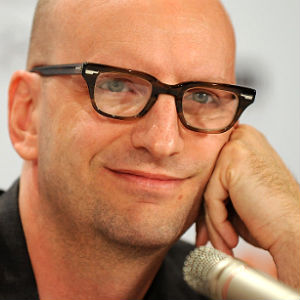 Anyone who's seen Contagion (or, let's be honest, even just the trailer for Contagion) knows that Steven Soderbergh is not precious about keeping his biggest stars breathing for the duration of his films. And when you think about it, that is kind of an awesome against-the-tide trend that few directors -- okay, few studios -- have the wherewithal to attempt. Chatting with the UK's Independent about Contagion and Haywire, Soderbergh dropped some science on the art of manipulating the very essence of stardom in movies to great effect.

"It's always good to kill movie stars," he told the Independent. "I think that the two most important things that have happened to that aspect of movies in the last 50 years are Hitchcock killing off Janet Leigh in a way that nobody had ever dreamed of doing – taking his heroine and killing her off after 40 minutes – and... Mike Nichols casting Dustin Hoffman in The Graduate. That changed everything."

"Now it's back to the way it was before that single decision totally turned the world upside down in terms of what was people's idea of a movie star. That one stroke ushered in the great actors who followed, De Niro, Pacino and Nicholson."

So how does one shake up audience expectation again in movies chock-full of A-listers? [Spoilers] Have them pummeled to a pulp by unknown MMA fighter-ladies! Cut their brains open in the first act! Blame it all on chickens! [End spoilers]

[The Independent via Movie City News]