INTERVIEW: Rob Zombie Says 'The Lords of Salem' Is 'Pretty Out There' But 'The Walking Dead' Is Not 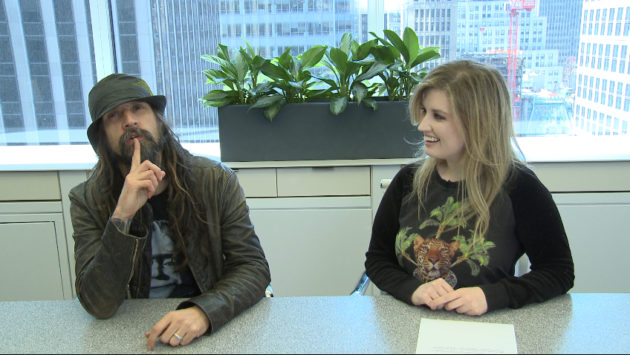 What horror fan doesn't watch The Walking Dead?  Musician and filmmaker Rob Zombie jokes it's because he needs to catch up on Cheers first, but the reality is he's a horror purist who takes the genre very seriously.  That dedication led to Bob Weinstein handpicking him to relaunch the Halloween franchise back in 2007, and Paranormal Activity and Insidious producers Jason Blum and Oren Peli seeking out Zombie to direct an original horror flick.

They certainly got one in The Lords of Salem. Blum and Peli gave Zombie complete creative control over the feature, and he marvels at what that freedom allowed him to accomplish.  "I remember the first time I watched this movie with an audience.  The whole last chunk of the movie I was like 'Wow. This really could only be made without studio meddling," Zombie told me, adding: "' Cause it's pretty out there."

But Zombie says he doesn't worry about his work being accepted by the mainstream.  "I really just do what I like," he explained. "I don't understand what the general public likes sometimes."

In fact, Zombie feels there's only two things you can count on with universal appeal: Coca-Cola and the Beatles.

Check out my full in-depth interview below:

More on The Lords of Salem:

Tags: Rob Zombie, The Lords of Salem, The Walking Dead