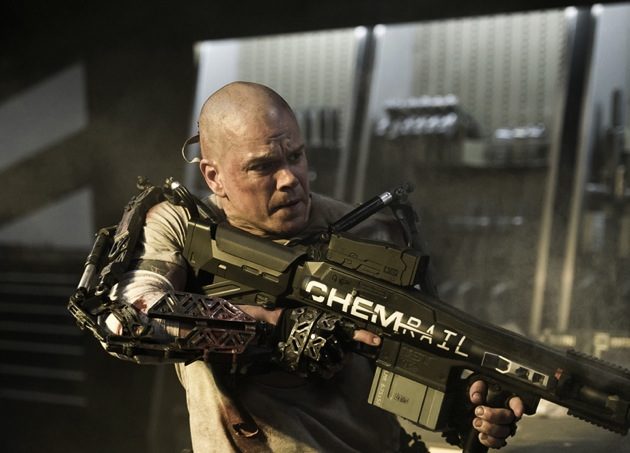 The new trailer for Neill Blomkamp's Elysium features some interesting contraptions, as you might expect from a science-fiction movie set 150 years into the future. And at least one of them is very plausible.

I'm not so sure about the viability of a cancer-curing body scanner that calls to mind the autodoc from Prometheus, or lethal gun-wielding robots, but the exo-suit that Matt Damon wears to invade idyllic Elysium in search of a cure for his radiation sickness (and, no doubt, so much more)  is already in development at defense contractor Lockheed-Martin. It's called the Human Universal Load Carrier or HULC, for short.  This is how Lockheed-Martin's website describes it:

The HULC is a completely un-tethered, hydraulic-powered anthropomorphic exoskeleton that provides users with the ability to carry loads of up to 200 pounds for extended periods of time and over all terrains. Its flexible design allows for deep squats, crawls and upper-body lifting.

An onboard micro-computer ensures the exoskeleton moves in concert with the individual. The HULC’s modularity allows for major components to be swapped out in the field. Additionally, its unique power-saving design allows the user to operate on battery power for extended missions. When battery power is low, the HULC system continues to support the loads and does not restrict mobility. HULC can also support a maximum load, with or without power.

I've posted a HULC demo clip below, but, first, check out the Elysium trailer and poster, which will give you a better idea of Damon's exo-suit.  Blomkamp told Yahoo! that it will carry the Kawasaki logo because he wanted the contraption to be like the "motocross kind of version of a strength suit."

Given some of the squirm-inducing scenes in Blomkamp's superb last film, District 9, Damon's Kawasaki suit will require some kind of gory and painful connection to his brain, spinal cord or some other part of his body. (The trailer shows part of the apparatus being attached to his skull with screws. I hope they used some appropriate anchors.) I don't know what a "bone saw" is, but, judging from the trailer, it will be used in the procedure. 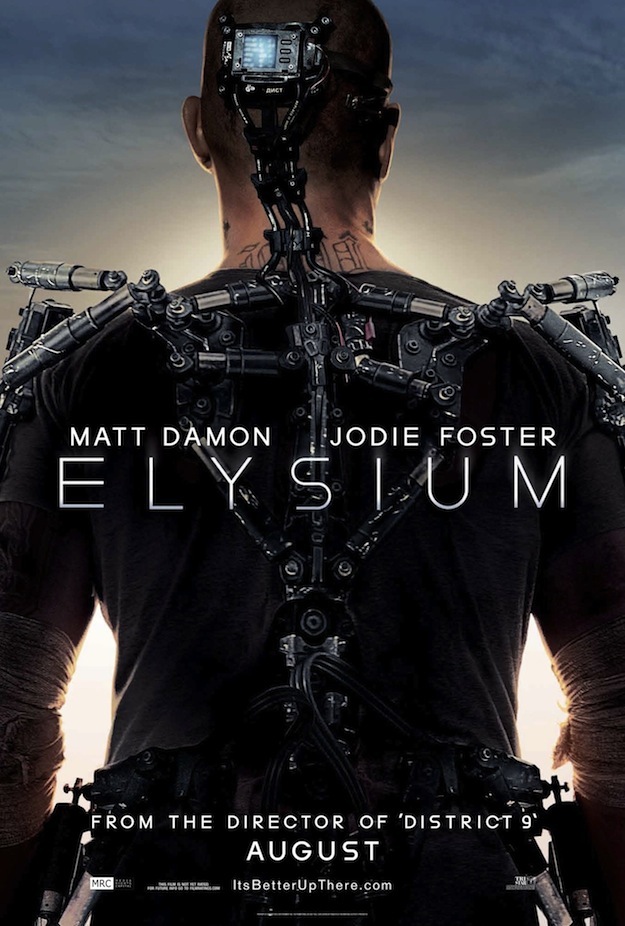 As you'll see from the clip below, the Lockheed Martin HULC suit doesn't need to be hardwired to the human body. Yet.

The HULC As Science, Not Fiction