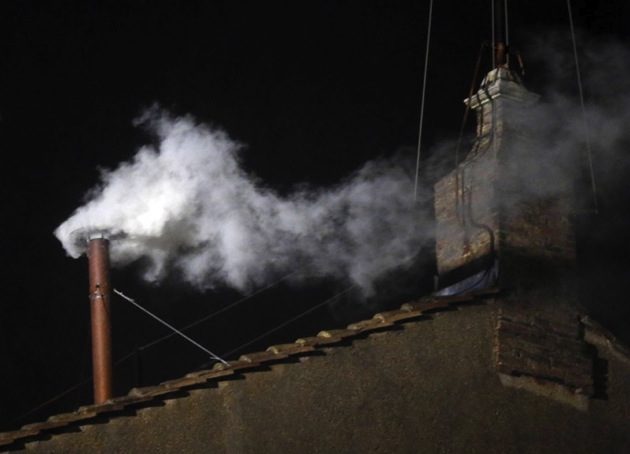 Those who remain convinced that The Onion's controversial Oscar-night tweet about Quvenzhané Wallis was  really about the Beasts of the Southern Wild  star and not about Hollywood hypocrisy should check out the below tweet from comedian and filmmaker Paul Provenza.

Last week, I posted The Aristocrats director's thoughtful deconstruction of The Onion's joke, why it wasn't about Wallis and why the fake news organization's subsequent apology was problematic. The story got a lot of reaction and, in the wake of yesterday's announcement that Cardinal Jorge Mario Bergoglio had been elected the new leader of the Catholic Church, Pope Francis I,  Provenza took the opportunity to riff on The Onion brouhaha, and to drive home the point that the joke is not about whoever is named being a cunt.

Everyone else seems afraid to say it, but that new pope is kind of a cunt, right? @TheOnion

If you disagree and your ears are smoking like the Sistine Chapel's chimney, sound off in the comments section below.

More on The Onion controversy:

'The Aristocrats' Director Paul Provenza: The Onion's Apology To Quvenzhané Wallis Was 'Problematic'