'The Aristocrats' Director Paul Provenza: The Onion's Apology To Quvenzhané Wallis Was 'Problematic' 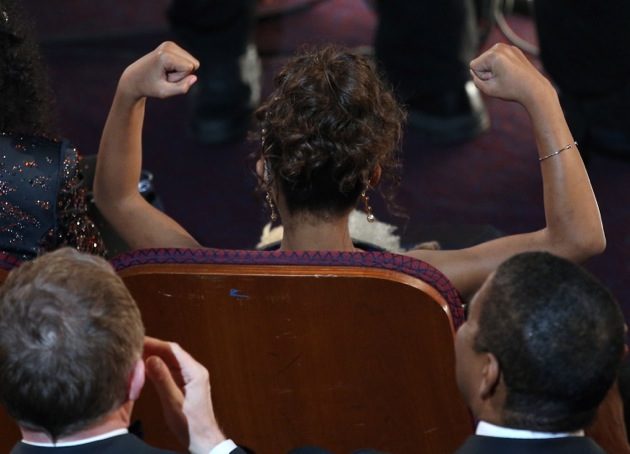 When The Onion's CEO Steve Hannah publicly apologized last week for the satirical newspaper's controversial Oscar-night tweet about Quvenzhané Wallis, two thoughts crossed my mind: 1) It's not a good day for comedy when a satirical publication says it's sorry for a joke that was not actually about the Beasts of the Southern Wild actress. And 2) what would Paul Provenza make of this? 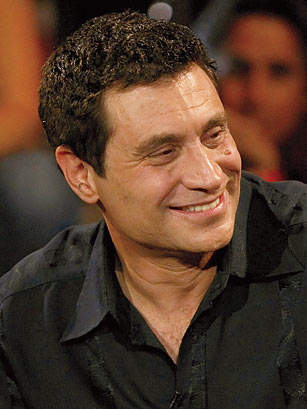 In addition to being a veteran stand-up comic and actor, Provenza directed The Aristocrats, one of the finest dissections of comedy in any media (and not because I'm in it). The 2005 documentary deconstructs one of the oldest and dirtiest jokes in stand-up — the film's title is its punchline — and when I shot my segment with Provenza, I quickly learned that, in addition to being a very funny guy, he's a scholar of humor, who's really good at explaining why something is funny — or not.

'The Onion': The Quvenzhané Wallis Controversy

So, in the aftermath of the Wallis controversy, I emailed Provenza to get his analysis of the situation. Excerpts of his assessment appear below, but, first, an unexpurgated recap of what happened last week for anyone who was focusing on the sequestration crisis instead. If you're offended by the word "cunt," then stop reading now, because the term appears quite a bit in the following passages, and, in the context of this discussion, I think it's justified. Also, as Provenza noted, censoring the word, "just adds to the irony" of the controversy.

Here's what The Onion initially tweeted during the Academy Awards on Feb. 24.  After initially obscuring the offending word, the tweet was eventually disappeared as the backlash grew:

"Everyone else seems afraid to say it, but that Quvenzhané Wallis is kind of a cunt, right?"

Here is the apology that Hannah posted on The Onion's Facebook page on Monday, Feb. 25:

On behalf of The Onion, I offer my personal apology to Quvenzhané Wallis and the Academy of Motion Picture Arts and Sciences for the tweet that was circulated last night during the Oscars. It was crude and offensive—not to mention inconsistent with The Onion’s commitment to parody and satire, however biting.

No person should be subjected to such a senseless, humorless comment masquerading as satire.

The tweet was taken down within an hour of publication. We have instituted new and tighter Twitter procedures to ensure that this kind of mistake does not occur again.

In addition, we are taking immediate steps to discipline those individuals responsible.

Miss Wallis, you are young and talented and deserve better. All of us at The Onion are deeply sorry.

Why The Onion's Apology Is Problematic

Take it away, Professor Provenza:

I think the crux of it is that the whole issue has more to do with Twitter than it has to do with comedy. Not completely, but largely. Twitter is a big, broad audience, and it's a tough room to 'read', particularly with a joke this harsh.

But the joke is absolutely misunderstood in most of the chatter. It is NOT a joke calling that sweet little girl a cunt. It's not maligning her in any way whatsoever — it is saying exactly the opposite. The joke rests squarely on the fact that Quvenzhané Wallis is the very last person you'd ever want to call a cunt.  Not even the most steadfast cynic can find her anything but innocent, beautiful and adorable, and that's the whole point of the joke: The Hollywood schadenfreude and the palpable desperation that runs through much of the movie biz inspires the idea that someone, somewhere in Oscartown is already spreading vicious rumors about her. The fact that it is so inappropriate to say anything like that about her is precisely the basis — and I believe the point — of the Tweet. It was meant as a satirical comment about Hollywood and the pretense that everybody at the Oscars loves each other so much. It's all golden statues and lavish praise — and is, The Onion suggests, about as phony as it gets.

SO The Onion's apology is problematic. It suggests they did insult her, and they're sorry about it. Which is not the case. They offended, yes — not by insulting  Quvenzhané Wallis, but by using the word "cunt" in the first place. And what could they expect, putting a most innocent, beloved 9 year old in the same sentence with perhaps the second most reviled word in the English language?  That's not the norm for The Onion, which usually does a much more deft job of communicating harsh comic ideas, but, comedically speaking, the joke is meant to be a bludgeon. So, I really can't fault it on that score. It's not meant to be a cleverly disguised notion. It's meant to be as harsh as the ugly truth of envy, back-biting and negativity that Hollywood embodies. No one is spared, no matter how sweet and pure and innocent.

Provenza goes on to point out that launching the Wallis joke into the Twitterverse put The Onion in "a difficult place."

Their work rarely has reached the audience this has reached — it has gone beyond their normal audience of comedy fans, fans of biting satire, whatever — to the broadest based audience imaginable: Oscar viewers, news & opinion blog/TV watchers. That audience includes far more people who would be offended in great numbers. And that's where it becomes about Twitter. It's now a story debated by people who have never had, nor do they now have, any interest in The Onion or what they're all about. And now we're into the business of damage control.

But man, it feels wrong to apologize for a joke you didn't even make.

When I asked Provenza if The Onion should have apologized at all, he replied:

Not this apology. They could have apologized for upsetting people in their audience. That would  have been honest — they didn't want to offend anyone. But this apology is dishonest: They apologize for offending the little girl and saying she deserves better when they did NOT say anything offensive about her. Thus, the apology is obsequious, reeks of insincerity and is compromising of The Onion's integrity and its actual point of view in the first place.

Provenza also drew a provocative connection between The Onion's tweet and Seth MacFarlane's much-maligned emceeing of the Academy Awards that night:

If you look at The Onion thing (the actual substance of the joke, not the misinterpretation of it) and Seth's entire night of hosting, some very loud voices were digging into the whole pretension of the Oscars.  And what's really interesting to me is that Seth was essentially a fox in the Academy Awards henhouse. The producers of the telecast knew what he was going to do: Nothing was off the cuff, songs were rehearsed for weeks, scripts were signed off on by legal departments and Standards & Practices. In other words, the producers of the Oscars themselves chose to let Seth call bullshit on false propriety, to dredge up unsavory things about the celebs in attendance and onstage, to take very little of it as seriously as the Oscars seem to want to be taken. They essentially allowed him to repeatedly remind the audience what a load of crap it all is.

We all know that Oscar itself is a massive industry. The politics behind the nominees and winners is predominated by studios/distributors' financial interests and all kinds of deal-making and horse trading.  The fact that awards shows and celebrities are being called out ever more loudly, even from within, seems to suggest something. It's almost as if even the people involved in the enterprise can't ignore how pretentious it all is and are really tired of the machine.

I can't wait to read the comments on this. Leave them below.