Hooray For The Humans ! 'Jurassic Park 4' Director Choice Means It Won't Be About Just Dinosaurs 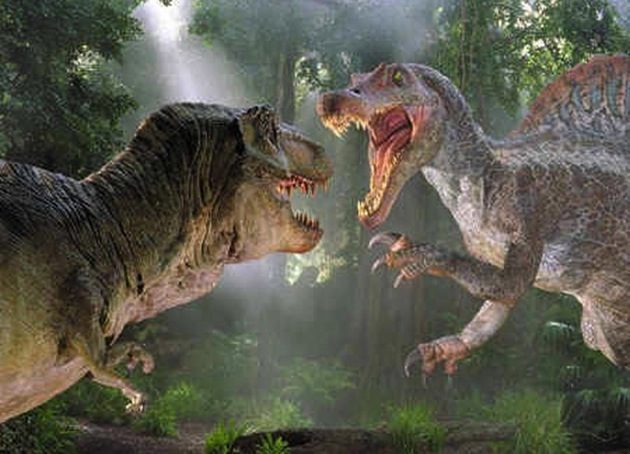 The news that Steven Spielberg and Universal Pictures are taking a chance on Safety Not Guaranteed director Colin Trevorrow for Jurassic Park 4 is good news indeed for moviegoers who need more than a bunch of computer-generated dinosaurs to hold their attention.

Deadline's Mike Fleming Jr. reported on Thursday that Trevorrow, whose directorial debut probably cost less than it does to animate a Tyrannosaurus toenail, got the coveted gig because the studio and the film's producers "felt he was a good match for the material, having grown up a huge fan of the trilogy and part of a new generation of directors steeped in all things dinosaur. They felt he would preserve and protect the characters in the story they created."

I suspect that last sentence is key. Sure, the dinosaurs will look magnificent, but they'll have a whole lot less impact if moviegoers don't care about the human characters sharing screen time with them. Check out how vivid and interesting the characters are in the trailer for Safety Not Guaranteed. If Trevorrow can work this level of humor and humanity into Jurassic Park 4, the dinos can be as clunky as Bruce the Shark was in Jaws and you won't hear too much bitching.