It's Easy Being Green At Disney! Yoda and Hulk Movies May Be In The Works 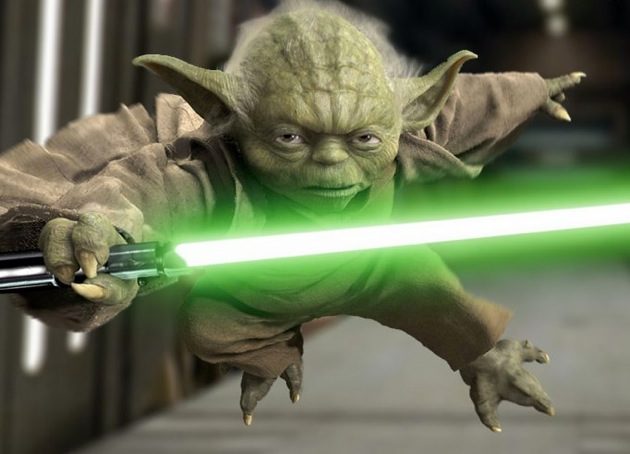 Is Disney still suffering from Shrek envy?  Over the last two days the blogosphere has generated unconfirmed reports that the House of Mouse is developing a Yoda movie, as part of its Star Wars franchise reboot, and that Marvel Studios, which is owned by Disney, is planning a standalone Hulk movie that would tie together The Avengers 2 and 3 movies.

Disney's Yoda Movie
The Yoda report, which is a little vague on details, was posted by Ain't It Cool News on Monday. The story doesn't indicate whether the chartreuse Jedi Master will be the focus of J.J. Abrams' Star Wars Episode 7, but I agree with IndieWire's assessment that, if this report stands up, the Yoda movie will probably complement Abrams' picture and pave the way for other Star Wars movies built around a single character. (AICN claims there's even a Jabba The Hutt idea out there, which sounds preposterous — and, um, slow-moving, plot-wise — but maybe fan favorite, Boba Fett, can finally become the star he should have become decades ago.)

If Disney's Star Wars strategy is indeed to develop movies built around key canon characters that link to Episode 7 and upward, it wouldn't be all that different from the game plan that Marvel Studios has been working since around 2008. The comic book publisher's movie arm started with standalone movies — Iron Man, Captain American, Thor — then had those characters converge for the extremely lucrative first Avengers movie. Given the richness of the Star Wars universe that George Lucas created, the inverse could work just as well — or, perhaps, better — if Abrams and Disney introduce a new ensemble of Force and Dark Side characters, instead of simply re-imagining the old movies.

That said, if Yoda — and not his Force ghost — is going to be involved in Episode 7, that would mean the story would have to be set before Return of the Jedi, in which the green sage died at the ripe age of 900.

Marvel's Plans For A Hulk Movie
As for the other green superhero, Latino Review — which has scored some big Marvel scoops over the last few months — is reporting that either in the third act or post-credits scene of The Avengers 2, the Hulk will be shot into space by the Illuminati, the secret organization of Marvel superheroes that includes Iron Man and Doctor Strange, after the green giant is deemed too dangerous to remain on Earth.

This will set up the premise for the Hulk's standalone movie, and if you don't like spoilers, stop reading now. Latino Review claims the plot of that movie will be based on Greg Pak's 2006 Planet Hulk comic's storyline. To make a long story short, after Hulk smashes a lot of extraterrestrial ass, he'll put together an army and return to Earth good and pissed off, thereby setting the scene for Avengers 3, which the site claims will be based on Pak's 2007 Planet Hulk follow-up, World War Hulk.

Marvel fans are all worked up about this, but I remain skeptical about the Hulk's promise as a standalone character. Audiences enjoyed him in The Avengers, because Hulk provided comic relief. The problem is, there's no art to his anger, and, as we saw with the first two Hulk movies, scenes of a giant green brute smashing shit becomes pretty tedious pretty quickly.