Will 'The Impossible' Make Oscar Possible For Naomi Watts? 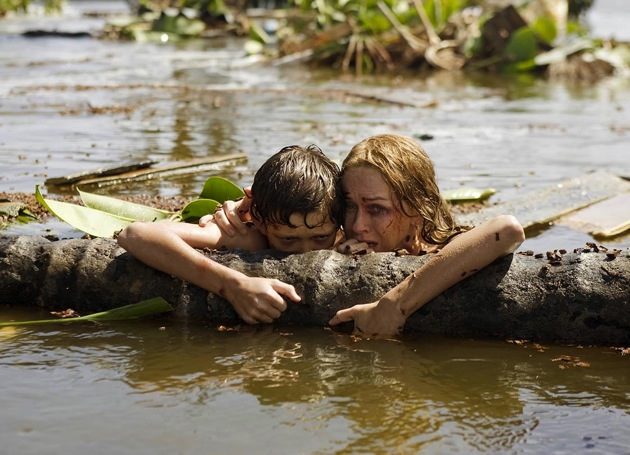 Here’s a shout-out for Naomi Watts, and I am afraid she'll need it.  She's the sole Oscar nominee from director J.A. Bayona’s  The Impossible, and that means she has a real uphill climb for a win.  Watts is up against four other nominees in the Best Actress category — Jennifer Lawrence (Silver Linings Playbook), Jessica Chastain (Zero Dark Thirty), Emmanuelle Riva (Amour) and 9-year old Quvenzhane Wallis (Beasts Of The Southern Wild) — whose movies have the additional momentum of a Best Picture nomination. It's a huge disadvantage now that the Academy at large is voting, not just the actors branch.

Although a big hit in Bayona’s native Spain, The Impossible  — which tells the story of a family fighting to survive the catastrophic Thailand tsunami of 2004 — underperformed in its U.S.  run. The movie's mid-December opening, which took place the same week that Academy balloting began, didn't help its Oscar chances either.  That Watts made the Best Actress short list at all is a testament to her gritty, visceral performance, which she has described as the most physically challenging movie of her career.

And she'd have a real shot at a statuette if Academy members actually took the time to watch the movie. (Voting begins Feb. 8 and ends Feb. 19.)

The one advantage Watts does have over her fellow nominees is that she is playing a real life person: Maria Belon, a Spanish wife and mother who lived to tell the tale and has enthusiastically endorsed Watts' performance at various events this season.  Chastain's character, Maya, is also said to be based on an actual CIA operative, but the actress claims to have never met the woman who inspired her Zero Dark Thirty role.

Although the Thailand tsunami took more than 200,000 lives, The Impossible is not about dying. Bayona and his screenwriter Sergio Sanchez have crafted a powerful, harrowing film about living and, more importantly, family.

Particularly during its grueling first half,  The Impossible is, at times, almost unbearable to watch as the injured and frightened Maria (Watts) and her older son Lucas  (Tom Holland) attempt to find what's left of civilization after being swept away and nearly killed by the tsunami. Gravely injured, Maria clings to life while her son leads them on, looking for medical attention and holding out hope that his father Henry (Ewan McGregor) and two younger brothers, who were separated from them by the cataclysmic event, are still alive. Once the pair finally make it to a makeshift hospital, Maria is not given much hope to survive, and Watt's plays these scenes brilliantly, acting largely with her eyes.

Meanwhile, Henry and his two other sons are desperately seeking to determine if  Maria and Lucas are okay, and in one devastating scene that will resonate with any father, McGregor breaks down during a phone call home, no longer able to bear the emotional toll of what has happened to his family.  It’s a sterling moment for McGregor, who should have joined Watts on the Oscar honor roll this year. He has never been more effective on screen as he is in those moments (surrounded, by the way, by many of the actual survivors of the 2004 Tsunami who were cast as extras).

For those who know the true story of Maria, the decision to change the nationality of her and her family may seem jarring at first, but quickly becomes inconsequential  thanks to the performances of Watts and McGregor in roles that would test the mettle of the best actors.

As for the tsunami itself, it has been exquisitely re-created the old fashioned way using a water tank and models. Although it comprises only a few minutes of the film — in the beginning and in brief flashbacks near the conclusion — it is stunningly realistic and a chilling reminder of how fragile life can be. Bayona understands that the best way to accomplish this is not through special effects but through the extraordinary performances of his actors. The Impossible is impossible to shake off, and Academy members should not miss Watts' incredible performance in this movie.