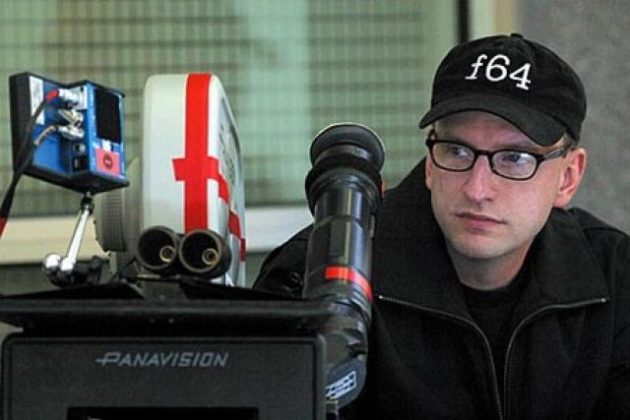 Even as retirement looms, Steven Soderbergh still has a feature in the pipeline destined for the big screen. But as his theatrical career apparently heads toward its sunset, the Oscar-winning filmmaker is taking a swing at the movie-making machine that has left him - at least now - not wanting to make more pictures.

[Related: Soderbergh's Liberace Pic 'Behind The Candelabra': What’s 'Too Gay' for Hollywood?]

Soderbergh's retirement has been discussed since he first announced it in 2011. In that time he has brought a number of films to theaters including Contagion, Haywire, Magic Mike and the soon-to-be released Side Effects next month. He also is finishing the Liberace feature Behind the Candelabra starring Michael Douglas and Matt Damon for HBO.

"The worst development in filmmmaking – particularly in the last five years – is how badly directors are treated," he said to Vulture. It's become absolutely horrible the way the people with the money decide they can fart in the kitchen, to put it bluntly. It's not just studios – it's who is financing a film. I guess I don't understand the assumption that the director is presumptively wrong about what the audience wants or needs when they are the first audience, in a way. And probably got into making movies because of being in that audience."

Soderbergh recalled when filmmakers were allowed more latitude and noted that seasoned audiences had spotted the trend and have turned to television instead.

Continuing he added that television, which has become an increasingly important outlet for auteurs, indie filmmaker and even veterans of Hollywood and the measure of success both creatively and in absolute numbers is more flexible.

"I've said before, I think that the audience for the kinds of movies I grew up liking has migrated to television," he said. "The format really allows for the narrow and deep approach that I like. Three and a half million people watching a show on cable is a success. That many people seeing a movie is not a success. I just don't think movies matter as much any more, culturally."

Side Effects will have its world premiere at the Berlin International Film Festival next month.

Tags: behind the candelabra, Magic Mike, Side Effects, Steven Soderbergh