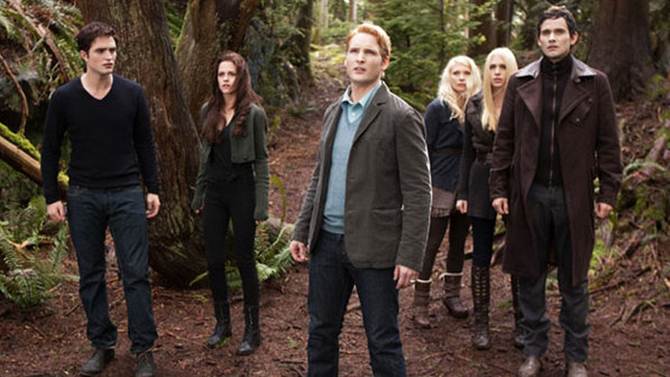 Twi-hards have turned out en masse with the finale of the franchise in theaters. But there is one last gasp of vampire devotion that fans can spend their cash on - the Blu-Ray of course. The Twilight Saga: Breaking Dawn - Part 2 can now be yours.

In theaters, the feature has reached $290 million in the domestic box office and $822 million worldwide. Not surprisingly, the series is destined to become the top-selling home entertainment franchise since 2009, with over 50 million DVD and Blu-Ray copies. Overall it has sold over 116 million copies worldwide and a global box office that tops $3.3 billion, with the latest installment holding the record.

Among the features that will surely give any Twi-hard their post-series fix is a seven-part making-of documentary which gives behind-the-scenes details on the making of Breaking Dawn - Part 2 with audio commentary from Bill Condon.