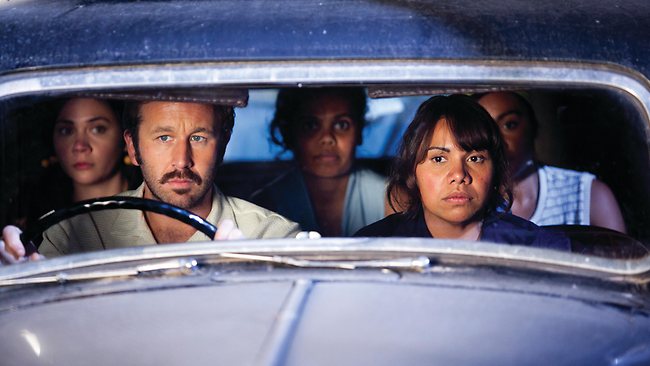 The 24th Palm Springs International Film Festival capped off its 12-day event Sunday at a local restaurant naming this year's winners. The occasion celebrated some of the fest's 182 films in a setting that contrasts from its glittering awards show that the festival bills as a launching point to Awards Season. That event saw the likes of Ben Affleck, Sally Field, Jessica Chastain, Richard Gere, Naomi Watts, Bradley Cooper, Helen Mirren and more being honored by some of the festival's well-heeled members.

But film prizes were handed out as the festival closed out its final weekend, with Wayne Blair's The Sapphires taking the Best Narrative Feature award among Audience winners. Don't Stop Believin': Everyman's Journey by Ramona Diaz won the Audience nod in the Documentary category. The film centers on "the dilemma the rock band Journey faces to replace their lead singer Steve Perry after he quits the band. They eventually find the perfect solution via YouTube: a street kid who fronted a Filipino cover band."

In other wins, Israeli feature Fill the Void won the critic-centered FIPRESCI Prize for Best Foreign Language Film of the Year. In the film, an "18-year-old in Tel Aviv’s Hassidic community must choose between her heart’s desire and familial duty in a drama that make the conventions of the marriage plot feel brand new." Palm Springs screened 42 of the 71 official Foreign Language submissions for the Academy Awards.

The FIPRESCI prize for Best Actor of the Year in a Foreign Language Film went to Cosimo Rega Savatore Striano and Giovanni Acuri from Italian pic Caesar Must Die by Paolo Vittorio. Emilie Dequenne from Our Children (Belgium), directed by Joachim Lafosse, received the FIPRESCI Prize for Best Actress of the Year in a Foreign Language Film. The Cleaner (Peru) by Adrian Saba won the festival's New Voices/New Visions award. The film tells the story of a mysterious and deadly epidemic in Lima, Perù, where a depressed and isolated man cleans up after the dying. When he takes in a frightened young boy who has lost his mother, he’s quietly transformed by the experience of caring for another human being.

Spain's Blancaneives by Pablo Berger, which opened the festival January 3rd, received the festival's Cine Latino Award. The silent movie is an adaptation of Snow White, where the daughter of a famous bullfighter is mistreated by her wicked stepmother.  When she runs away and joins a band of dwarfs, her natural bullfighting talent is discovered, but her stepmother plots to bring her down.

FIPRESCI Prize for the Best Actor of the Year in a Foreign Language Film  Cosimo Rega, Salvatore Striano and Giovanni Arcuri from Caesar Must Die (Italy)