If The World Ends Tomorrow, Darren Aronofsky Plans To Be Where The Action Is 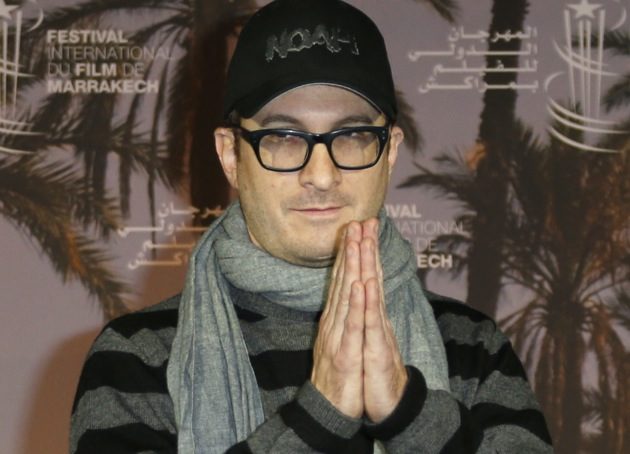 Whether the world ends tomorrow, a new, more enlightened era dawns or absolutely jack shit happens,  it appears that Darren Aronofsky will be immersed in the culture that set off all this wild speculation in the first place.

The filmmaker tweeted Thursday morning that he's "going to maya country to pay respect to the great ancient astronomers who knew tomorrow would one day come."

going to maya country to pay respect to the great ancient astronomers who knew tomorrow would one day come. hail xibalba & flaming serpent.

If you like to follow alarmist Internet writings, then you know that on Friday, Dec. 21, a 5,125-year cycle of the Mayan calendar will end, which some so-called enlightened types are saying will either result in a spectacular end to life as we know it or a promising new beginning.

Hell, I'll take that second option any day, but  as the New York Times, and other less gullible providers of  information have noted, the doomsday prophecies are a misinterpretation of the Maya Long Count calendar and Dec. 21 is simply the day when one cycle ends and a new one begins.

Sure, Aronofsky is probably in an apocalyptic frame of mind these days because he's shooting Noah with Russell Crowe, but clearly he's being cheeky here.  Aronofsky is an adventurer at heart — he was at the Marrakech International Film Festival just a few days ago — so I don't doubt that he's going to Maya country. Thousands of people are amassing near Mayan ruins in Merida, Mexico as I write this in hopes of witnessing something big (and smoking some amazing weed).

But look at how he signs off: "hail xibalba & flaming serpent."

Xibalba is the name of the underworld in Mayan mythology where the Mayan death gods and their helpers have apparently been twiddling their thumbs and sending messages to Mel Gibson for a very long time.  As the  sage Franklin Harris also reminds me, Xibalba is featured in Aronofsky's seriously cosmic The Fountain. Xibalba is the nebula where Tom (Hugh Jackman) takes the tree bearing the essence of his beloved, dying wife Izzi (Rache Weisz). Aronofsky has said that the film "is about coming to terms with your own death."

I'm not sure about the flaming serpent part — maybe a Mayan culture expert can bring me up to speed in the comments section below — but that message reads to me like the smart-ass Mayan geek equivalent of "Live long and prosper."

I've asked Aronofsky's publicist if he'd like to elaborate on his travel plans. I'll update if I hear back.