WATCH: 'Man of Steel' Trailer Washes The Taste Of 'Superman Returns' Out Of Our Mouths 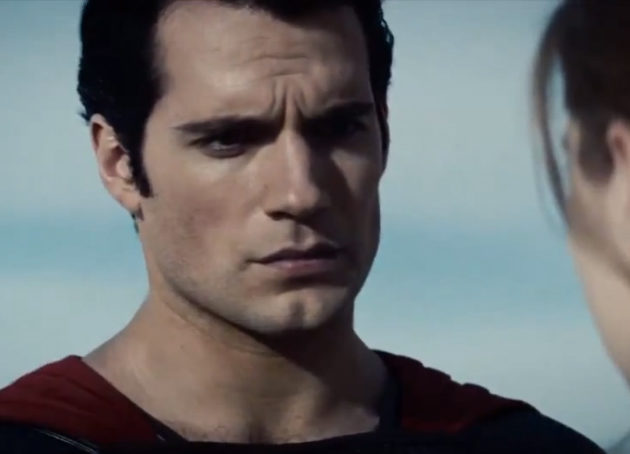 The second Man of Steel trailer has been released to the Internets, and by the gods it's actually very effective!

While retaining the moodiness of the first teaser, that mood now more clearly emphasizes Clark Kent's feelings of uncertainty and separation due to his alien heritage and fantastical powers. His arrest (first revealed in the poster released last week) has a bit more context too, as we see him stepping out from behind what appears to be the wreckage of military hardware, as soldiers draw their weapons. It looks like he makes his debut after the Kryptonian super villains led by General Zod, and submits to arrest to prove he isn't a threat, a much more interesting take on humanity's initial reaction to him.

Speaking of Zod, we also get our first glimpse at Michael Shannon's version of the character (skip to minute 2:33). Nothing could possibly replace Terence Stamp's elegant fascist interpretation, which is why it's a relief they're not even trying. Instead, they're going for a grizzled military vet vibe. I'm impressed by how he looks like something Jack Kirby would have drawn during his weirder moments in the '70s, particularly if the bubbly, floating spaceship we see just before Zod appears has any connection. (Here's a pretty funny look at some of Kirby's more bonkers creations for some context.)

I'm not the biggest fan of Watchmen, but on a purely aesthetic level Zack Snyder absolutely nailed that adaptation, and underwear-free Superman suit aside, it now seems much more certain he's going to pull off the same trick with Man Of Steel.

Here's the trailer in all its moody, superpowered glory.

* It's worth noting that we first see Zod bearing a serene expression, quickly followed by an obvious KNEEL BEFORE ZOD shout out, then a scene of Krypton's destruction. I can't help but wonder if Zod's personal animosity for Superman is related to Jor-el's failed attempt to save Krypton.

* I'm not the first to note this, but that moment when we seen Superman causing the ground beneath him to vibrate is very interesting. We haven't really seen Superman's powers presented as a force of nature like this, and it's a nice touch.

* Now we know how they avoid turning Kevin Coster's take on Jonathan Kent into Kansas Ben Parker: Pa Kent is afraid of what will happen to Supes if his powers are revealed to the world. That fits very well into the more realish world take on the Superman story I'm assuming we'll see, owing to Christopher Nolan's involvement.