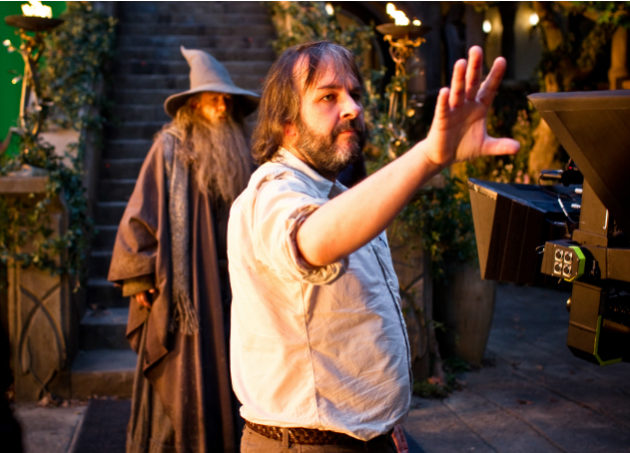 The biggest question surrounding Peter Jackson's Lord of the Rings prequel, The Hobbit: An Unexpected Journey, has nothing to do with its strength of story, its Oscar chances, or whether or not Tolkien fans will embrace yet another uber-ambitious adaptation of their beloved fantasy world, but rather: How does it look?

Specifically, how will Jackson's 48 frames-per-second gamble play after months of talk and one particularly disastrous Cinema Con debut? I'll tell you this: The grumblings and rumblings after my screening of The Hobbit - in bold, daring, frustrating 48 frames-per-second 3-D - were decidedly not raves. And that's a very bad sign for Jackson & Co.

One colleague couldn't believe how poor the 48 fps presentation looked, insisting - or hoping, more like it - that something must have been wrong with the projection. Jackson's big, game-changing crusade for a frame rate that would part the heavens and open humankind's hearts and minds and brains to a new way of watching film couldn't possibly look so unpleasant. Could it?

I was curious if, back in April when The Hobbit's 48 fps preview bombed at Cinema Con, the journalists and industry folk who recoiled from the hyper-clarity of the picture onscreen were just overreacting to Jackson's new cinematic order. "After a minute or two of adjusting," wrote The New York Daily News' Ethan Sacks in his embargo-skirting first review, "the higher resolution is eye-popping, similar to discovering HD television for the first time."

HD TV did look rather freaky at first, I'll give him that, and there's a shared quality of too much visual information that The Hobbit's 48 fps shares with high-def television. But it didn't take a few minutes of adjusting to get used to it; even two hours and 40 minutes later my brain was rejecting the look of it. It felt like watching daytime soaps in HD, terrible BBC broadcasts, or Faerie Tale Theater circa 1985, only in amazingly sharp clarity and with hobbits.

Part of the problem is there's too much detail in every frame that the magical filter of cinema that makes most 24 fps film so pleasing to the eye is gone; every prop on a set too clear, and even a performance by someone like the very fine Ian McKellen looks embarrassingly, unnaturally theatrical. Moving images, especially walking Hobbits and dwarves - not as much the CG creatures, for what it's worth - flit at odd speeds that just never look right.

With the exception of a handful of scenes, mostly enhanced by CG vs. shot on interior sets, the 48 fps had me imagining how gorgeous everything might look in 24fps. Those who've seen it in 24fps seem much happier with the visual presentation, even if 3-D feels superfluous. As Bilbo made his way along his adventure through Middle Earth, the look of The Hobbit and the accelerated barrage of information prompted a flurry of other films and shows to pop into mind, none of them flattering comparisons. Here, in no particular order, are some of them:

(On the plus side, The Hobbit also inspired me to Google "Galadriel-Gandalf fan fiction," which I guarantee will be a thing after The Hobbit comes out.)

As early reviews continue to hit the web, it appears that I'm not in the minority on the frame rate issue. 48 fps may be D.O.A. even before The Hobbit opens in wide release on December 14. Maybe that's a good thing; save your dollars and see it in regular ol' 24 fps. The future may well be 48, but it hasn't arrived yet.

'Hobbit' First Review: 48 FPS Is 'Eye-Popping,' But Watch Out For The Jar Jar Binks Of 'LOTR'