If you weren't around for the premiere of Late Night with David Letterman in 1982, then chances are you're not aware how much he — and the team of writers, producers and comic talent that put on the show five nights a week — changed the face of late-night TV. Dave challenged, and in some cases, blew up the conventions of the talk-show genre and rewrote the playbook that Conan O'Brien, Craig Ferguson and the Jimmys — Kimmel and Fallon — are using today. 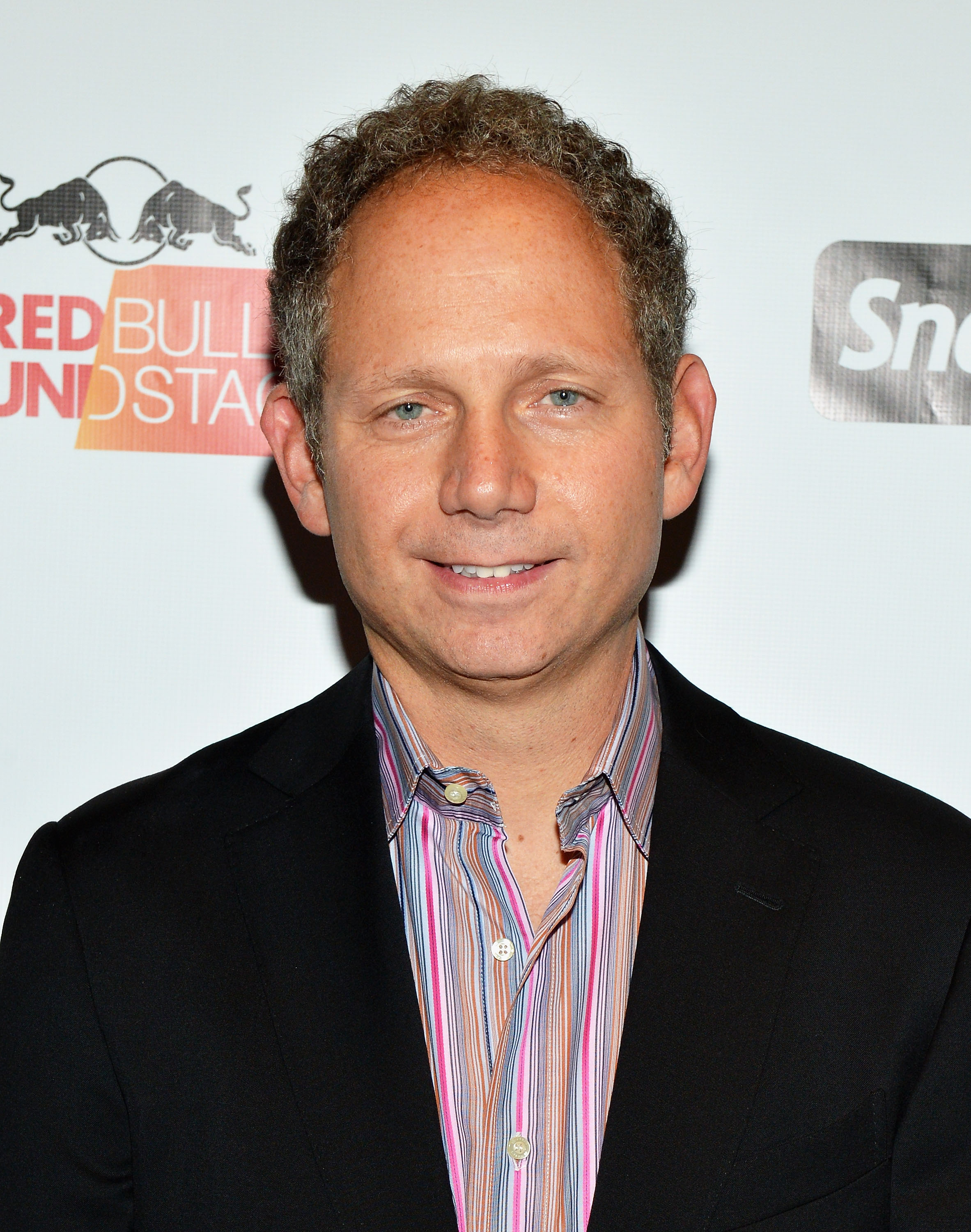 Now on CBS, Letterman is still going strong, and in 1991, his success begat Worldwide Pants Inc, which has produced the television series Everybody Loves Raymond and Ed. The company's CEO Rob Burnett began as an intern on Late Night in 1985 and rose to become executive producer of the current CBS incarnation of Letterman's show as well as the co-creator, with Jon Beckerman, of Ed and Knights of Prosperity.

Although Worldwide Pants made its first foray into film production with the 2005 indie feature Strangers with Candy, Burnett has expanded the company's presence in the medium with two projects that also involve him personally. In September, he made his directorial debut with We Made This Movie, a funny, unsentimental coming-of-age comedy that he co-wrote with Beckerman.  Worldwide Pants is a producer of that film as well as Burnett's next picture, which was announced in mid-October: an adaptation of Jonathan Evison's novel, The Revised Fundamentals of Caregiving.

Movieline spoke to Burnett about his move into film, which, as you might expect from someone who cut his show-business teeth on Dave's groundbreaking NBC show, has been anything but conventional. Working with a miniscule budget and determined to remain true to the film's do-it-yourself plot, Burnett  and Beckerman worked with a cast of unknowns and crowd-sourced the music through Red Bull Soundstage. They also orchestrated an online premiere via an alliance with SnagFilms, which Burnett talks about in the interview.

There's also the plot of We Made This Movie.  Available via iTunes and other digital formats, it is not your mother's coming-of-age movie. The film follows the exploits of Eric "LeBron" James and his crew of high-school friends in fictional Buckstown, NY, who plan to escape the drudgery of working in their local chicken-processing plant by making a Jackass-meets-Sacha Baron Cohen-style movie that will make them famous.

LeBron's hare-brained plan involves getting the movie into the hands of  hometown hero Bill Pullman, who makes a memorable cameo in the movie, but even before that happens, there's a little catch. Like so many teens looking for fame in the age of YouTube, they have cameras but no talent, and their attempts to film comedy skits that, for instance, involve one character performing celebrity impressions while sitting on a toilet, and LeBron donning a chicken suit and walking through town with what looks like a massive erection end up being funny for all of the wrong reasons. But as you watch the teens' screen dreams bite the dust, another accidental — and realistic — movie emerges about friendship and coming of age in a small town.

Movieline: Tell me about your next project first. I read that you just bought the rights to an interesting book.

Rob Burnett: It’s this lovely little book called The Revised Fundamentals of Caregiving that I’m hoping to adapt into a film. It’s by Jonathan Evison, and I just fell in love with it.  It’s a beautiful little story about this guy who has suffered a great tragedy in his life. He gets a job as a caregiver and starts taking care of this kid with Muscular Dystrophy. The guy is emotionally paralyzed, and the kid is actually paralyzed. It’s very touching, but what I responded to is it’s not maudlin at all. It’s a kind of a buddy movie where they go on the road to find this kid’s father. If I can find a way to do it justice in writing a good script, it could be a nice little movie. I’m really excited about it.

That’s what I really like about We Made This Movie.  In the way that good comedy tells the truth, this movie is unsentimental about dreams.

It absolutely is about dreams. There’s this adolescent energy about LeBron. He doesn’t want to go work at that chicken plant. He’s got big dreams. We’re living in a world right now where, in terms of making a movie, anyone can do it.  But just because you can doesn’t necessarily mean you can. [Laughs]. You know?  LeBron and his friends are very naïve. Even their plan is naïve: they’re going to get their movie in the hands of Bill Pullman, who’s from their hometown. And that alone is going to make them famous. I’m not sure Bill Pullman himself can get a movie made.

What we love about the movie is that they try and they persevere. Jon Beckerman and I wrote this together, and there’s a lot of similarity between this and Ed, the show we did on NBC for four years. There’s a real bittersweet quality to the movie. What these characters don’t realize is the thing they really have is each other. They have friendship. They have these high school bonds with each other. And in the end, that’s largely what their movie becomes about. They don’t realize that. They don’t set out to do that.

Jon and I have always been very interested in doing a coming of age movie. I love that time of life. Those memories you have; the bonding that goes on there. Your life is still wet cement. But we never quite found an access point until we got the idea: what about a group of kids who are trying to make a comedy film but accidentally make a coming-of-age movie?

Some of the early scenes of the movie, where, for instance, the kids film the ‘Chicken with a Boner’ man-on-the-street segment and put up all those index cards with dubious ideas on them, seem to be inspired by ‘Late Show’ segments. That could have been Chris Elliott in a chicken suit instead of LeBron.

We actually shot some of the stuff Letterman remote style. We were out on the street shooting with real people. So, yeah, a lot of it was influenced structurally by the way we do Letterman. But what we thought was interesting was that, unlike Dave or Chris Elliott or Sacha Baron Cohen, our kids aren’t good at what they’re doing. If Chris Elliott were ever to do Chicken with a Boner, he would do it ironically because he’d be making fun of it. These guys are doing Chicken with a Boner as if it’s the funniest thing in the world.

In that scene where LeBron is suggesting that they shit into a taco and eat it, it’s so misguided. The thing is, it’s not that far away from the guys at Jackass might do, but whatever you think of the guys at Jackass, they’re really, really good at doing Jackass. LeBron and his friends aren’t even good at that. They’re not fearless, and they’re really not funny.

I really liked the scenes where LeBron and some of the other guys show up at their friend Smitty’s house and find him with his sick mother. To me, Smitty is the stand-up comic of the group and those scenes show that comedy often does not come from a pretty place.

The interesting thing and the challenging thing about the movie is we’re telling an accidental story. The kids are making a movie that they don’t know they’re making.  So, in a different movie, if you’re telling the story of a character who’s taking care of a sick mother, at some point, you just cut to him with his sick mother. We couldn’t do that in this movie.

Smitty, in some ways, sums that up. He’s kind of a bastard.  He’s screwing up the movie and not taking it seriously from the very first scene. But then we see that not only is this kid taking care of his sick mother, he’s taking care of his brothers, too. Clearly, the father is gone, and he’s holding this all together without a word. You start to see where all of this deep cynicism comes from. That’s kind of the trick of this whole movie. And I think to some extent Smitty’s character sums it up better than any of the other characters.

Where did you find such a funny cast of unknowns?

The cast is phenomenal. They’re all brand new, really.  Arjay Smith, who played LeBron had done some television here and there. And Michael Charles Roman, who played Smitty, had done a lot of commercials as a kid. But the rest of them literally had to join SAG to be in the movie. We auditioned hundreds of kids for these roles. I had open casting calls at NYU. I auditioned 300 kids in one day. We did have casting directors in a traditional way. Barbara McNamara on the East coast, and Bonnie Zane, who cast Ed for us, found Arjay on the West coast. We wanted kids that were funny and could think on their feet, but who could also be a fresh brand that no one had seen before.

Given the idea of the movie, we didn’t want to have famous people in the cast. And that was kind of a guiding thought for everything we did. If you look at the direction, I didn’t use any dollies or cranes.  The camera is always justified by being held by one of the characters. The movie is intended to have the look and feel of something the kids in the cast would have done themselves. And I think by and large, this is what it would have looked like had they done it themselves.

They’re convincing as friends. How did you get them to bond?

We shot this movie in 21 days.

Yes, that’s the appropriate reaction. And when you’re going to shoot for 21 days, you don’t have the luxury of time. If it takes four days to bond on the set, that’s 25 percent of your movie.  So, I literally took all of these kids, and I had them live at my house for a week before we shot the movie. Translation: My wife is a saint.  They all came to my house in Connecticut, and we also spent some time out at the beach in Long Island. And these kids, as only kids in their early 20s can do, became the best of friends very quickly.

In fact, I distinctly remember the first morning of the first day of shooting. We were living in a Holiday Inn Express in Shelton, Conn. God bless the people of Shelton. That’s all I’ll say.  We had all moved to this Holiday Inn Express, and we were going to be there for 21 days.  The first morning before we went to set, I looked over and I saw one of the kids fart in front of the other kids and not care. The other kids were cracking up about it, and I’m like, we’ve done our job. They’re bonded. Let’s go to work.