After 'Halo' Movie Debacle, Microsoft Is Master Chief Of Its Own Destiny

Microsoft and 343 industries aren’t getting into the cinema, they’re sidestepping it entirely as an obsolete technology. Halo 4: Forward Unto Dawn is a 90-minute, $10 million dollar movie, and if you’re wondering why you haven’t heard about its upcoming release, it’s because it’s already out. The new movie follows the a squad of military cadets as they gradually learn how to be soldiers and then, very suddenly, learn that they’re under alien attack. Finally, they learn that Master Chief kicks ass. But gamers already knew that. 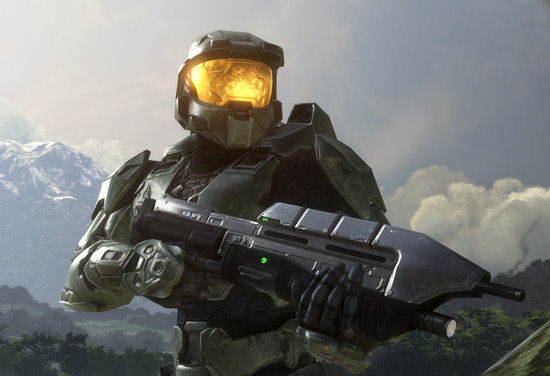 Master Chief is the ultimate tough guy. A bulletproof power-armored soldier, faceless by design behind his golden visor, all he does is sleep and fight. Literally: They keep him in cryosleep until its time for him to open another can of interstellar whoop-ass. He’s so self-sufficient an action star that he even carries his own damsel in distress with him, Cortana, an improbably scantily clad female AI  that's been loaded into the computers in his armor.  (This enables her to call him long-distance when the bad guys get her.)

Given those credentials, how insane is it that he and Halo haven’t been in the cinema?  Think about it: Halo is one of the most popular gaming franchises in history. It's the face of an entire console generation, a multi-billion-dollar phenomenon that generates block-long lines with the release of every new chapter of the game and opening weekend sales that would make most movie producers and studios weep into their cayenne-pepper cleansing smoothies. Even novels based on the game have  been bestsellers, and novels based on games have a worse reputation than the used socks of gamers.

Halo would seem to have all the ingredients for an awesome summer tentpole picture: An inscrutable tough guy teams with unlikely allies to battle invading aliens and, along the way, encounters enough twists and support characters to support a full trilogy. (Sergeant Johnson alone deserves his own movie). And yet, Halo has been knocking around Hollywood production hell for seven years. In that time, the franchise has produced five more games, including a remake of the original 2001 game, Halo: Combat Evolved. 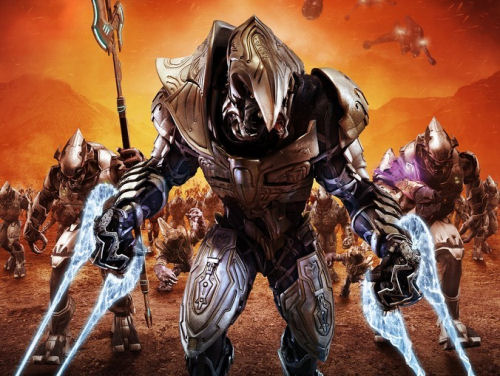 An early script was written by Alex Garland, whose merciless Dredd 3D demonstrates that he’s the perfect writer for tough-guy-in-helmet-kills-everything plots. In 2005, Peter Jackson came on board as executive producer and Neill Blomkamp, who would go on to make  District 9, was set to direct, and for a few months gamers could dream that a Halo movie was about to become computer-generated reality.

Given the sweeping battles that Jackson depicted so vividly in LOTR, we envisioned breathtaking footage of the epic space combat only hinted at in Combat Evolved, alongside the close-range futuristic firefights the game was all about. (Even fanfic that combined both franchises sounded possible. Imagine a crossover in which Legolas swings up around the turrets of a giant Covenant Scarab to shove an Energy Sword through its core, while Gimli clubs Brutes with their own gravity hammers and shouts “That still only counts as one point!”)

Ironically, the huge financial potential of the Halo film is what ultimately doomed it. Microsoft saw the property as nothing less than the ultimate game movie and wanted to be compensated accordingly. Twentieth Century Fox and Universal initially partnered to take on the challenge, but the project collapsed over costs. The rights reverted to Microsoft, which was left with a money-minting game franchise that no one wanted to mint money with via a movie.

Which may be why Microsoft is rolling out Plan B on its own.

The company has a can’t-miss franchise and a vast entertainment network already wired to Halo's target market. It’s no secret that Microsoft and Sony have been positioning their Xbox and PS3 consoles as home-entertainment centers for years now. Gamers can stream Netflix movies through the former and watch Blu-Ray discs on the latter. And now here comes Microsoft with its very own content: Halo 4: Forward Unto Dawn, a live-action web series tied to the Nov. 6 release of the Halo 4 game.

Microsoft-owned 343 Industries has produced five 20-minute  webisodes, which if you add them up clock in at the length of a feature film. Then again, the shows are released weekly and distributed through Machinima, host to several popular video game series. The series is essentially an extended advertisement for the Halo games, but that doesn't make it any less good. George Lucas kept Star Wars fans coming back to the cantina by expanding the universe and telling the story of brand new characters. With Forward Unto Dawn, the lines between advertising and content are blurred in a way that it's possible to enjoy both.

This advertising pedigree also helps with production: Microsoft is using everything it knows about Internet marketing, which includes building interest in the series by slipping in hints about the hotly-anticipated Halo 4 game. The teaser trailer told fans everything they need to know:

We’re sure a certain officer Lasky will turn up the upcoming Halo 4.

Impressively, Microsoft is now taking the “pay if you want to” model of many independent internet creators. The entire series runs free for everyone on YouTube, and will later be available for sale as a standalone DVD or — much more likely for most fans — an extra in a Collector’s Edition of Halo 4. That’s the exact opposite of cinema: you get to see whether you like it first, then you can pay some money. Most modern movies wouldn’t survive under those conditions.

This is a test. Microsoft has a can’t-miss canon, an established fanbase, its very own distribution network, and a healthy love of making money. The producers of Resident Evil: Damnation recently avoided cineplexes entirely (possibly because it’s offended by the live-action movies), and marketed the movie directly to its hardcore fan base  — via their consoles — a week before the DVD was released. If this series succeeds, it won’t just be a good collection of YouTube clips — it’ll be proof that movies don't belong exclusively to the movie industry.