New York City officials are already teed off over Ken and Sarah Burns documentary The Central Park Five — but just wait until they see the poster for the headlines-generating film. The stark, black-and-white image simply, effectively — and immediately — communicates the idea that the scales of justice did not work for the five men who were convicted and later cleared in the racially charged 1989 Central Park jogger case that rocked the city.

As I reported in early October,  lawyers for the city of New York have subpoenaed notes and outtakes from the documentary, which Burns directed with his daughter Sarah Burns and her husband David McMahon, in order to determine whether the material can help them fight a federal civil rights lawsuit that five men filed nine years ago as a result of their experience. (Each of the five men is seeking $50 million.)

The documentary, which was shown at the Cannes, Telluride and Toronto film festivals,  scrutinizes the initial convictions of the Central Park Five — Yusef Salaam, Antron McCray, Kevin Richardson, Raymond Santana, and Kharey Wise — noting, for instance that the five men did not appear to be in the area of the park where the rape occurred, that their DNA was not found on the victim and that their confessions did not jibe with one another's.

As I also reported, the filmmakers are fighting the subpoena.  Sarah Burns told me, "We're not sure the city can subpoena us because we believe we're protected by the shield laws" that allow journalists to protect their sources and research.

In 2009, on the 20th anniversary of the incident, the lawyer for the five men, Jonathan Moore called their experience "the most racist prosecution that occurred in the City of New York.

The city maintains that that cops and prosecutors acted appropriately. “We believe that based on the information that the police and prosecutors had at the time, they had probable cause to proceed, and the confessions were sound,”  a city spokeswoman told the New York Times. 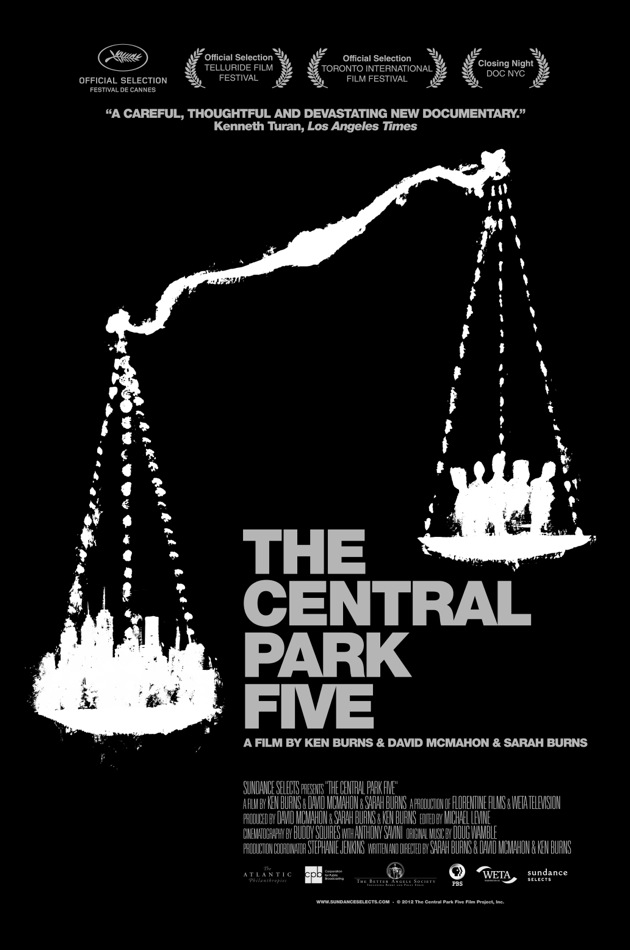