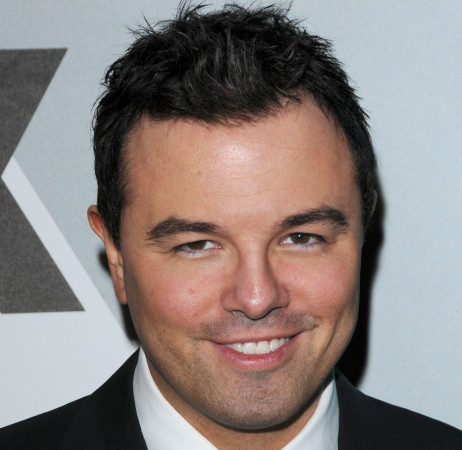 Also in Tuesday morning's round-up of news briefs, Emmy winner Danny Strong is rumored to be the writer for the final installments of a big franchise. A study of men and women using mobile devices in choosing their movies gives its findings. And the upcoming 53rd Thessaloniki International Film Festival gives some details for its upcoming event.

Seth MacFarlane is 'Ecstatic' About Oscar Hosting Job
The Family Guy creator said he can't remember if it was before or after his successful turn at hosting the season premiere of Saturday Night Live September 15th, but said the Academy approached him around then. MacFarlane said he was excited and has done a fair amount of hosting in the past, but nothing as huge as this. "I was, very, very pleasantly surprised," Deadline reports.

[Related, check out Gallery Images of the Unseen Magical Mystery Tour on Movieline]

Game Change Writer Danny Strong To Write Hunger Games: Mockingjay Finale
A final deal is still pending, but the two-part finale to The Hunger Games will likely go to Strong, who wrote the HBO movie which placed strong at the Emmys. Mockingjay is the third book in Suzanne Collins' trilogy, which will be split into two features, Deadline reports.

More Men Than Women Use Mobile Phones to Choose Movies, Watch Trailers
Seventy-one per cent of men said they use their phone to help them choose a film, versus 69 per cent for women and more men (38 per cent) than women (33 per cent) turn to social media to check what people are saying about a film, THR reports.