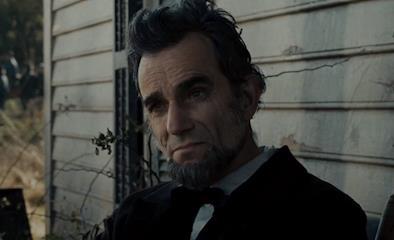 Also in Thursday afternoon's round-up of news briefs, upcoming New York Film Festival debut Frances Ha gets a buyer. The Rome Film Festival will debut a new section with a film by a quartet of auteurs. Any Day Now and Alex Gibney's The Last Gladiators heads to theaters. And Focus Features welcomes a new executive vice president.

Steven Spielberg's Lincoln To Close AFI Fest
The world premiere of the forthcoming film will close the AFI Fest November 8th at Grauman's Chinese Theater. Starring Daniel Day-Lewis, Sally Field, Tommy Lee Jones, David Strathairn and Joseph Gordon-Levitt, the drama focuses on the tumultuous final months in office of the 16th President of the United States. DreamWorks Pictures/Twentieth Century Fox title (in association with Participant Media) will open in limited release November 9th and go wide November 16th. The 26th AFI Fest will take place November 1 - 8 in Los Angeles. For the fourth year, AFI Fest will off free tickets for all its screenings, though only package holders will be able to reserve seats for the Lincoln closing night gala.

Robert Redford to Fete Roger Ebert
The Sundance Institute founder will honor film critic Roger Ebert with the Vanguard Leadership Award in "recognition of his advocacy of independent cinema."The award presentation will take place at the third annual ‘Celebrate Sundance Institute’ benefit, chaired by Institute Trustee Lyn Lear and her husband, Norman, on June 5, 2013 in Los Angeles. "Among the many things I admire about Roger Ebert is how he has long supported freedom of artistic expression," said Redford in a statement. "When I started Sundance in 1980, and when few would support us, Roger was there. This was one of the ways he communicated his forward-thinking outlook. He was one of the first to support our artists. His influence and reach is as meaningful as his personal passion for cinema, and he certainly deserves this award.”

Noah Baumbach and Greta Gerwig's Frances Ha Heads to Theaters in the Americas
Ahead of its U.S. premiere at the New York Film Festival, IFC Films picked up rights to the Telluride/Toronto debut Frances Ha, starring Greta Gerwig. The film centers on Frances, a New Yorke dance apprentice without her own apartment. She splits with her best friend Sophie, but throws herself into her dreams even as her possibilities dwindle. The film is a modern-comic fable that explores New York friendships, class, ambition, failure and redemption. Arianna Bocco negotiated the deal for Frances Ha from UTA on behalf of the filmmakers.

Rome Film Festival to Debut Centro Histórico by European Auteurs
The world premiere of the collaboration by Aki Kaurismäki, Pedro Costa, Victor Erice and Manoel de Oliveira will open the Cinema XXI, the new section of the festival that spotlights "new trends and new languages in international cinema." The film explores the stories for modern-day Guimarães, the founding city of Portugal.

Alex Gibney's The Last Gladiators Heads to U.S. & Canadian Theaters
Oscar-winning director Alex Gibney's The Last Gladiators, which explores "the goon," Ice Hockey's players who have only one mission: to protect the star players at any price. Phase 4 Films which picked up rights to the documentary, will roll out the film in Canada in October, followed by a U.S. release in early 2013. Phase 4’s Larry Greenberg and Sam Posner with Josh Braun from Submarine and Anne Atkinson from Pryor Cashman LLP on behalf of the filmmakers.