Expendables 3 Producer Wants Cage, Eastwood, Ford, And Snipes, 'When He Comes Back From Prison' 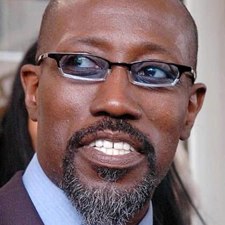 Producer Avi Lerner dropped a handful of big names when asked which action heavyweights are being courted for the inevitable Expendables 3; I'm willing to bet at least one of them (*cough* Snipes *cough*) takes him up on the offer. "We've approached Clint Eastwood to be one of the guys, we've got a character in mind for him," Lerner told Total Film. "We're talking to Harrison Ford. [And we want] Wesley Snipes when he comes back from prison. I'll give you one more name, we've got Nicolas Cage to play [one of the characters]... And we're going to bring Mickey Rourke back, if he won’t be too crazy." Which begs the question: When has Mickey Rourke not been "too crazy?" Is he still Mickey Rourke if he isn't acting just a little insane? [Total Film]