Animation icon Ralph Bakshi (Fritz the Cat, Coonskin, Wizards, Cool World) has never been afraid to push the envelope, and boy does he in Trickle Dickle Down, a new political short introducing his recently announced Bakshi Blues project. An announcement for the series declares, in no uncertain terms, "THERE IS NOWHERE FOR ANYONE TO HIDE." And how. Watch as Trickle Dickle Down takes aim at Mitt Romney with Bakshi's explosive take on trickle-down economics.

The series promises to "[look] at this new America with some great old characters and some great new characters in all new stories," and if Trickle Dickle Down is any indication, these are going to light up a few fires in the political blogosphere. The two-minute toon features a Stepin Fetchit-like character waxing ecstatic about Romney's America as he digs through garbage, packing plenty of controversy into a single scene.

And then comes the kicker at the 1:23 mark. Enjoy! 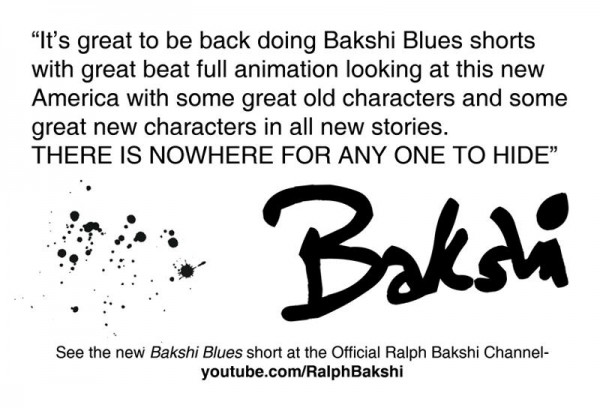