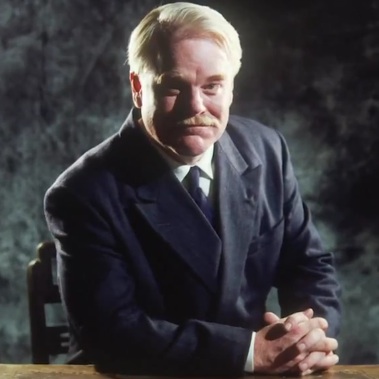 Venice Golden Lion Watch at Festival Midpoint: The Master Dominates
Paul Thomas Anderson's The Master is emerging as the favorite half-way through the Venice Film Festival. Of the eight films that have officially screened, the post-war "relationship opus set agains the backdrop of a religion that resembles Scientology has received the best score in a festival poll of critics," Deadline reports.

Second Hobbit Movie Re-Named
The third installment in the upcoming Hobbit movie trilogy, The Hobbit: There and Back Again will be released worldwide in July, 2014. That will be only seven months after the second film will be released. The second installment also has a new title, The Hobbit: The Desolation of Smaug arriving December 13, 2013. It was originally titled There and Back Again. The first movie, The Hobbit: An Unexpected Journey opens December 14th of this year, Reuters reports.

Specialty Box Office: Flying Swords 3-D Tops Newcomers; Samsara,
Sleepwalk with Me Expand Strong
New specialty movies mostly coasted through the holiday weekend, with newcomers ranging from fairly solid to weak in their Labor Day bows. Indomina Releasing’s IMAX 3D opener Flying Swords of Dragon Gate soared to the top of the pack with a decent $8,333 average for its opening in 15 locations, while Millennium’s Little Birds launched in one theater, grossing $8,314, Deadline reports.

Roman Coppola's Charles Swan III Heads to Theaters
Roman Coppola's A Glimpse Inside the Mind of Charles Swan III starring Charlie Sheen will roll out in theaters in February. NYC-based A24 picked up rights to the film, while digital platform FilmBuff will handle domestic digital distribution. Set in L.A. the comedy follows a graphic designer (Sheen) whose breaks and needs find repair after his girlfriend leaves him, TOH reports.