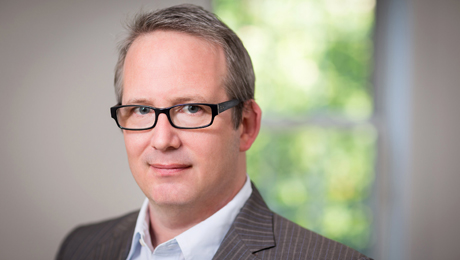 In a move that should cause some shockwaves through the indie filmmaking world, one of independent film's most recognizable producers, Ted Hope, will takeover as Executive Director of the San Francisco Film Society. The organization annually produces the April San Francisco International Film Festival - the oldest such event in the Americas - in addition to other year-round programming events and filmmaker support services. A long-time figure in New York where he produced films through his companies Good Machine, This Is That and Double Hope Films, he will head west to San Francisco where he will take on the position beginning September 1st. Hope succeeds fellow indie veteran Bingham Ray, who tragically died January early in his tenure at SFFS.

Hope has produced dozens of films that are among the staples of any year's indie stars, eagerly watched by film festival attendees including industry, press and beyond. Recent work includes Todd Solondz's Dark Horse, Sean Durkin's Martha Marcy May Marlene and Greg Mottola's Adventureland. In 1990 he cofounded with James Schamus the production and sales powerhouse Good Machine, which was sold to Universal in 2002.

Hope's films are regularly among the year's most honored at award ceremonies and throughout the festival circuit. The Savages (2007) received two Oscar nominations as did 21 Grams in 2001. He also holds a Sundance record with three of his 23 Sundance entries (American Splendor [2003], The Brothers McMullen [1995] and What Happened Was… [1994]) winning the Grand Jury Prize at the festival.

It is not immediately clear if Hope's new role at SFFS will mean he'll end his role as a producer, though any step back will leave a significant vacuum that will not easily be filled. In recent years Hope has lamented through his blog Hope for Film the challenges facing indie film while also proposing possible remedies. He alluded to the industry's evolution in commenting about his new position at SFFS in a statement:

"The film world - be it in content, creation, business or audience -- has changed significantly over the last twenty years and we all must change with it," said Hope. "It's time that the film industry looked not just to Hollywood but instead to the Bay Area and Silicon Valley, and San Francisco Film Society is a major artistic voice positioned right in the heart of this vibrant cultural location. This unique opportunity to work with the Film Society's diverse communities is an extension of producing in the fullest of ways - allowing me to engage with the art form as a whole, at every level of activity. I am deeply honored and humbled to continue the extraordinary legacy of Bingham Ray and Graham Leggat, which is evident in SFFS's dedication to empowering artists to get their work not just made but also truly appreciated, and by their support for the complete cinematic enterprise, process and community."

Hope will be the third person to hold the Executive Director title at SFFS within the span of just over a year. The organization's head Graham Leggat served from 2005 to 2011 until his death last August from cancer. Bingham Ray, also a prominent figure in the indie film space in his own right, succeeded him last October until his untimely death during this year's Sundance Film Festival.

"Ted is obviously as engaged as we are in thinking about how movies can continue to thrive and be a vital, dynamic force moving forward and has the knowledge and expertise to ably lead us into the future." said SFFS Director of Programming Rachel Rosen. "It's been an incredibly sad and challenging year for the Film Society, so we're especially excited to enter the next stage of the organization working with someone who clearly shares our sense of mission about this art form that we all love."