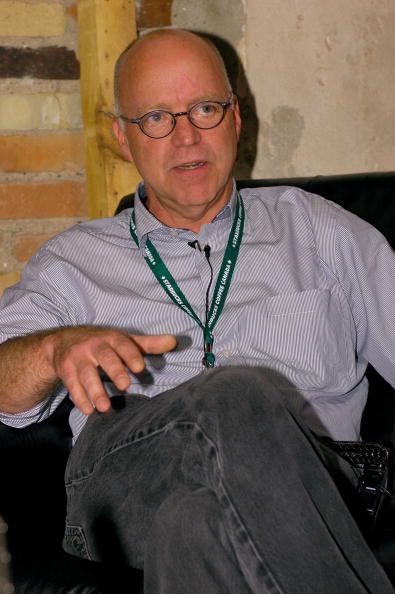 This is just terrible, terrible news: Former United Artists boss, October Films cofounder and recent appointee as S.F. Film Society executive director Bingham Ray has passed away following a series of strokes suffered while attending the Sundance Film Festival -- an event from which his name and influence have been inseparable for more than two decades. He was 57.

"It is with great sadness that the Sundance Institute acknowledges the passing of Bingham Ray, cherished independent film executive and most recently Executive Director of the San Francisco Film Society," read a release just received at Movieline HQ. "On behalf of the independent film community here in Park City for the 2012 Sundance Film Festival and elsewhere, we offer our support and condolences to his family. Bingham’s many contributions to this community and business are indelible, and his legacy will not be soon forgotten."

No kidding. Ray commenced his film career in 1981 as a manager and programmer at New York's defunct Bleecker Street Cinema, co-founding October Films a decade later with Jeff Lipsky. Initially set up shop for the purpose of distributing Mike Leigh's Life is Sweet, October eventually distributed such renowned '90s indies as Secrets and Lies, Breaking the Waves, Lost Highway, The Apostle and Ruby in Paradise, the 1993 Sundance Grand Jury Winner that further reinforced the festival as one of the industry's foremost movie markets. The company's DNA survives today Focus Features, which evolved from a series of mergers between Universal, Vivendi, and other distributors in the late '90s/early '00s.

Ray had since occupied top spots at United Artists (where he'd helped shepherd Bowling to ColumbineNo Man's Land to Oscar wins) and Sidney Kimmel Entertainment before veering into consulting and teaching, ultimately taking over the SFFS last year after its executive director Graham Leggat succumbed to cancer. He had also worked recently as an advisor to digital distributor SnagFilms, the Film Society at Lincoln Center (which recently opened its first-run Elinor Bunin Munroe Film Center) and as a professor at New York University.

Late last week in Park City, word of Ray's condition spread quickly. He was first hospitalized Thursday in Provo, Utah; on Friday, one of his daughters told TheWrap and Ray had suffered a second, "more serious" stroke. The festival announced his passing just after noon local time.

Bingham Ray is survived by his wife, Nancy, son Nick, daughters Annabel and Becca, and sisters Susan Clair and Deb Pope. He was one of the true good guys -- supportive, insightful, broad-minded, funny and utterly devoted to films and the artists who made them. He will be mourned, missed, cherished and remembered for a long time to come. R.I.P., Bing.