Maybe I missed the memo and someone out there can explain why so many of the random UK cultural icons in Boyle's uber-British, at times verging on Gaga-esque mad dance party are words that begin with the letter B? Beatles, Bond, Bowie, (Mr.) Bean, that terrifying baby, the bubble people, Beckham ... on a boat!

1. James Bond and The Queen
Her form is impeccable. 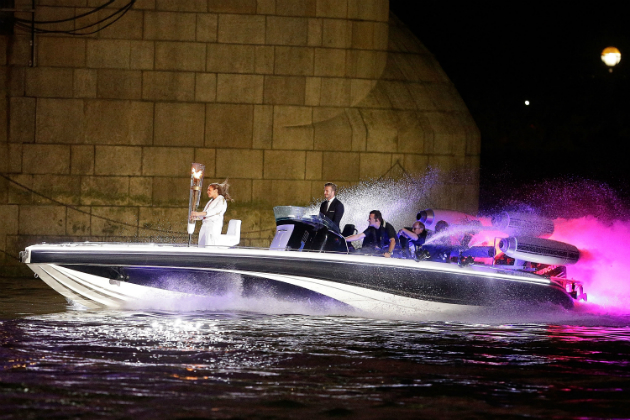 3. David Bowie
A nice segue into the "Starman" segment, and perhaps a visual approximation of what Danny Boyle was thinking at this very moment. 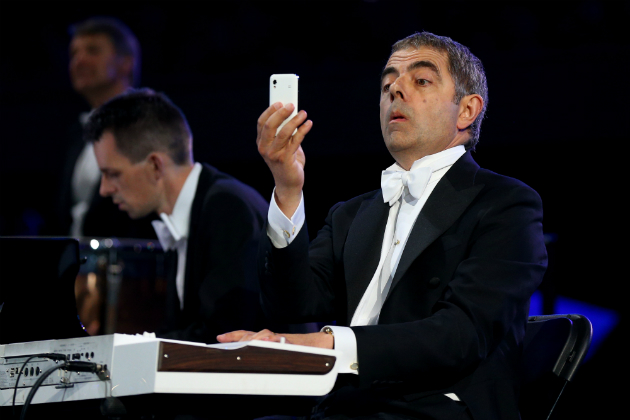 5. That Giant Baby
Homage to the Great Ormond Street Hospital for sick children, or preview of tonight's nightmare visions? 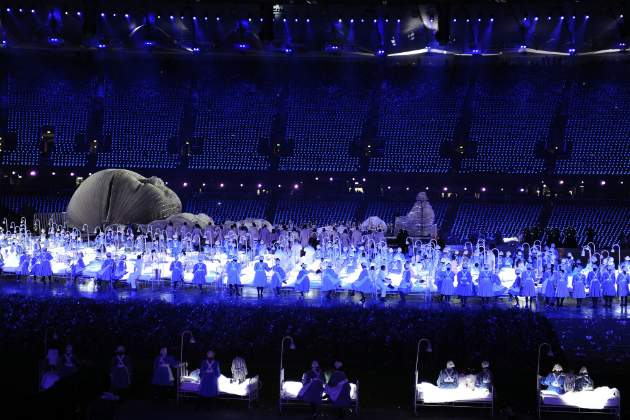 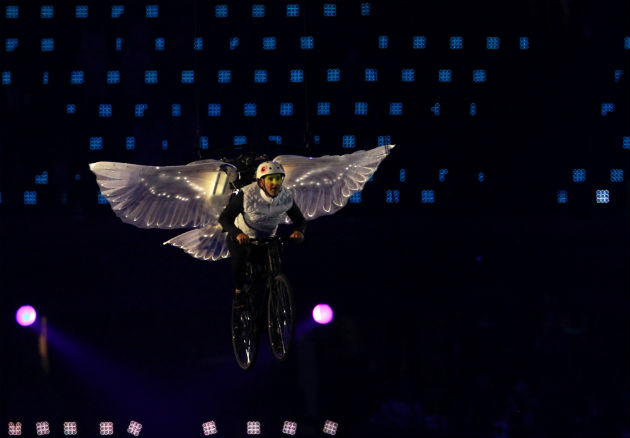 7. He Who Shall Not Be Named
If he wasn't terrifying before, kids... 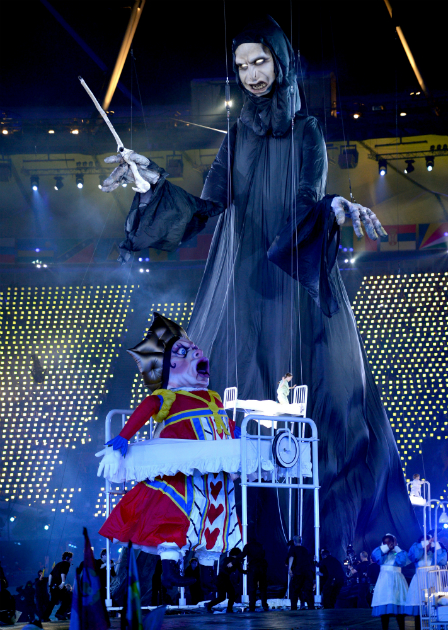 8. Flying Mary Poppinses!
Shout out to Bert, over in the corner sweeping the world's largest chimney tidying up after the molten Industrial Revolution rings. 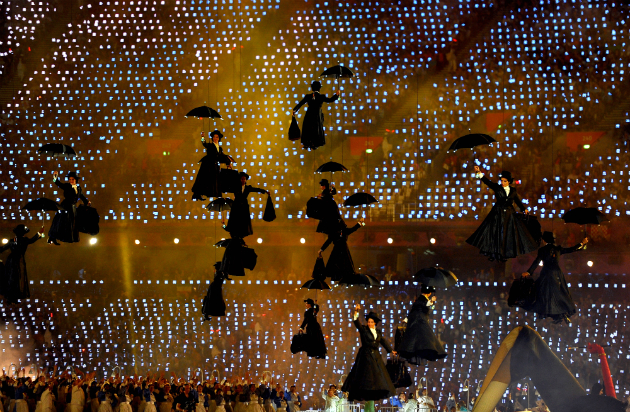 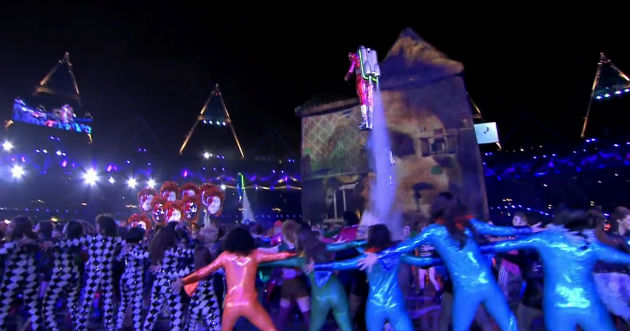