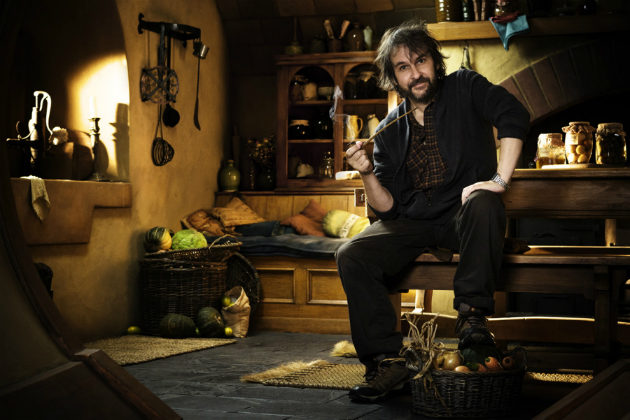 Hobbit director Peter Jackson is nothing if not a man of the people, so when he took to San Diego's Comic-Con earlier this month to present footage to 6,000+ lucky fans shortly after wrapping, he recorded a video diary to share with the rest of the Lord of the Rings faithful. Watch as Jackson navigates the perils of press junkets and Hall H's screaming fans, filming on his trusty iPhone along the way! Or, y'know... skip ahead a few minutes to fantastic 10+ minutes of behind-the-scenes peeks from the set of The Hobbit.

The set footage is the real treat for fans hungry for Hobbit peeks, but you've got to also hand it to Jackson and his videography crew for interviewing just about everybody involved in production, down to the freaking key grip.

And yet, my favorite part? Mark Hadlow in costume as the Dwarf Dori, quoting Anchorman.

Runner-up line of the vid: "I've never worked on such a hairy movie."

The Hobbit: The Unexpected Journey hits theaters December 14, with its conclusion, There and Back Again, following in 2013.