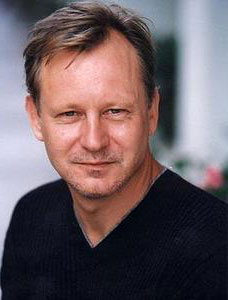 Swedish-born actor Stellan Skarsgard has run a wide gamut of film roles in his career. His blockbuster fare includes roles in Marvel's The Avengers and last year's Thor. He appeared in The Girl with the Dragon Tattoo, Mamma Mia as well as artier titles like A Somewhat Gentle Man (2010) and fellow Scandinavian Lars von Trier's Melancholia (2011), Dogville (2003) and Dancer in the Dark (2000). One of his next projects is the controversial filmmaker's next two films, which have already titillated fans of the enigmatic Danish director. Skarsgard gave a bit of insight about the back to back projects, The Nymphomaniac and The Nymphomaniac Part 2, which, perhaps unsurprisingly, promise to live up to their titles.

The 61 year-old actor, who will also appear in Thor 2, which will be out next year said he feels "at home" in both big budget movies as well as micro-budget independents. "I'm at home everywhere. If I've been doing a small, shoestring budget art-house film that's very dark and that nobody will see, but that's very good, it's nice to go and do something fluffier. I'm extremely privileged in that I manage to enjoy myself all the time with very different materials."