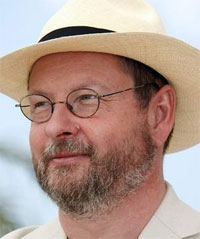 The Berlin Film Festival and European Film Market are getting underway as we speak, exposing an all-new crop of good, bad and WTF-inducing projects we'll be hearing and/or seeing about in the year or two to come. But there are also revelations to be found regarding more familiar titles. Take Lars von Trier's already notorious, sexually explicit Nymphomaniac, for example.

/film points us all to the film's refined description in the EFM guide:

Shooting should commence this summer, with hardcore and softcore versions expected to follow down the line. Generally this kind of thing would be timed to premiere at Cannes, but we all know how that went last time. So... Berlinale 2013? SXSW? Who's up for Lars-BQ and Lone Stars? Ugh, forget it.