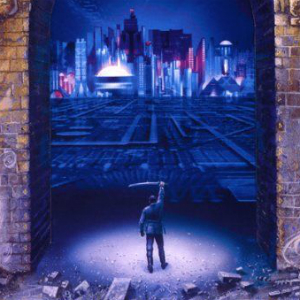 Big moves for Brit filmmaker Joe Cornish: The writer-director of Attack the Block (who also co-wrote Steven Spielberg's Tintin and Marvel's Ant-Man script with Edgar Wright) has landed the gig of writing and directing an adaptation of Neal Stephenson's 1992 cyberpunk novel Snow Crash for Paramount, Deadline reports. The alternate-reality sci-fi tale follows one Hiro Protagonist, a hacker/swordsman who discovers a new drug/computer virus called Snow Crash is spreading through the postmodern future... and you know what that means: Time for a round of Cast That Movie! Which actors out there could fill Hiro's shoes? [Deadline]