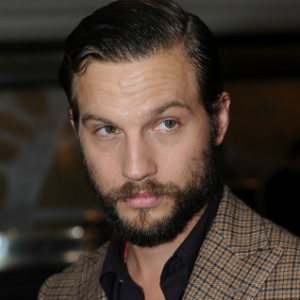 Of the stellar actors assembled for Ridley Scott's Prometheus, Noomi Rapace, Charlize Theron, and Fassy alone are worth the price of admission. But the lesser known cast member that I'm most looking forward to watching navigate Prometheus's space terrors is one Logan Marshall-Green, whom I previously declared the American Tom Hardy on account of his doppelganger status, and whom you may also recall from such prior milestones as being the hot (but totes bad news) Trey on The O.C.

Well, finally Marshall-Green (who also starred on TNT's Dark Blue and popped up in Brooklyn's Finest and Devil) gets his own close-up in the ongoing spoiler-tease that is the Prometheus PR campaign trail. He plays the plum role of Holloway, the scientist lover to Rapace's Elizabeth. And, judging from this not terribly-spoilery behind the scenes video, he sees whatever it is the crew is doing out there as some form of extreme sports.

And juuuuust because I can't help myself, let's take a trip down memory lane to the Trey-centric climax of The O.C., Season 2 (AKA the scene that inspired an SNL-Shia LaBeouf classic):