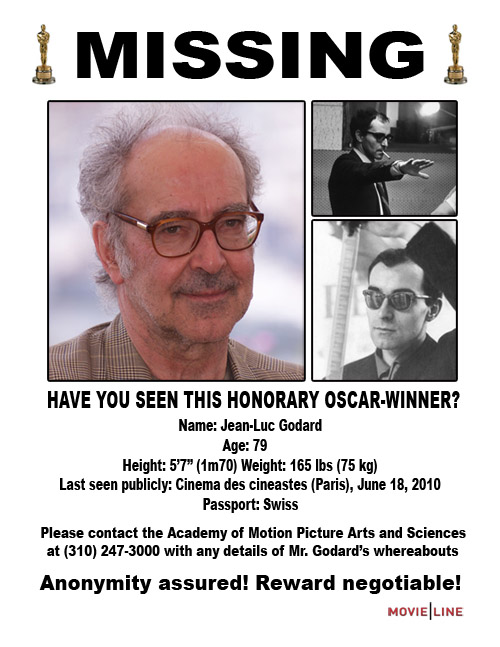 Jean-Luc Godard may not care about Hollywood or its Oscars, but we have apparently found some hardware he is into: The 3-D camera. This calls for a comeback!

The celebrated auteur, who was thought to have retired from filmmaking with his polarizing 2010 effort Film Socialisme, has reportedly undertaken another "last" project that he will shoot in three dimensions. Farewell to Language (Adieu au Langage), which he teased two years ago but only now has commenced production on, tells the story of "a man and his wife who no longer speak the same language. The dog they take on walks then intervenes and speaks." Naturally.

Héloise Godet, Zoe Bruneau, Kamel Abdelli, Richard Chevalier and Jessica Erickson star; European sales and production powerhouse Wild Bunch will take the project to the Cannes market next week. Here's a not-very-good working version of its poster. Keep an eye on Movieline for more on when Farewell to Language might yield to a defective 3-D viewing experience near you.