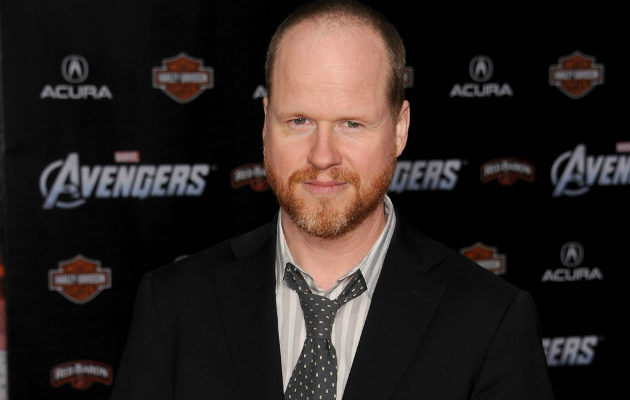 Joss Whedon has always kept his devout cult following close, even as his projects have made it big (or not -- right, Dollhouse fans?). So with the mega-huge success of Avengers, maybe some of the Whedon faithful were right to worry that fame might alter their idol's true path -- the one that takes a step back from a big time Hollywood future to focus on Dr. Horrible 2 and homemade Shakespeare adaptations, for instance. And so Whedon took to his blog to thank the fans who'd been Whedonettes/Whedonheads/Whedonwhatevers all along, and also to link to a poop-related internet video he appeared in last week. Oh, that Joss.

But really, now that he's hit the big time, will Whedon stay true to the core demo that hungers for his quirky musicals and side projects and the promise of Air Bud playing jai alai? All this and more (it makes sense, trust) in his totes Whedonesque appreciation post.

"People have told me that this matters, that my life is about to change. I am sure that is true. And change is good -- change is exciting. I think -- not to jinx it -- that I may finally be recognized at Comiccon. Imagine! Also, with my percentage of "the Avengers" gross, I can afford to buy... [gets call from agent. Weeps manfully. Resumes typing.] ...a fine meal. But REALLY fine, with truffles and s#!+. And I can get a studio to finance my dream project, the reboot of "Air Bud" that we all feel is so long overdue. (He could play Jai Alai! Think of the emotional ramifications of JAI ALAI!!!!)"

Seriously, how would Air Bud hold the basket? In his mouth?? Would he wear the funny little helmets and everything? The mind reels.

"A lot of stories have come out about my 'dark years,' and how I'm 'unrecognized'... I love these stories, because they make me seem super-important, but I have never felt the darkness (and I'm ALL about my darkness) that they described. Because I have so much. I have people, in my life, on this site, in places I've yet to discover, that always made me feel the truth of success: an artist and an audience communicating. Communicating to the point of collaborating. I've thought, 'maybe I'm over; maybe I've said my piece.' But never with fear. Never with rancor. Because of y'all. Because you knew me when."

Joss belongs to you, Whedonites! No matter how many "Revengers" he makes.

Later, Whedon answers a Q&A with himself. The subject of being in the superhero business alongside the likes of Chris Nolan and Co. comes up.

"THIS IS NOT A ZERO SUM GAME. Our successes, whoever has the mostest, are a boon to each other. We're in the business of proving that superhero movies aren't just eye-candy (they're eye-TRUFFLES!). People seem intent on setting us against each other, and though I'm proud to be Woody Strode to Nolan's Kirk Douglas, I think they're missing the point. Whatever TDKR does on its first weekend, the only stat that matters to me is the ticket I'M definitely buying. Nolan and Raimi INVENTED the true superhero flick, yo. (Special mention to Jon Favreau and James Gunn.) Happy to be in the mix."

"The Avengers is notably IMperfect, which makes its success mean so much more to me -- because it's striking a chord that matters MORE than its obvious flaws. Like the team, it appears to be more than the sun [sic] of its parts. Boo-yah!"

On the other hand, I think we can all agree with Whedon's greatest Avengers accomplishments:

"Getting "mewling quim" out there to the masses. Also, Hulk."

I'll give him bonus points forever for that much, and for sneaking in that Newsies reference. Read Whedon's full post here, but first! He takes a break from fame and truffles to share pooping advice on the internet.