4 Joss Whedon Stand-bys That Pay Off in The Avengers 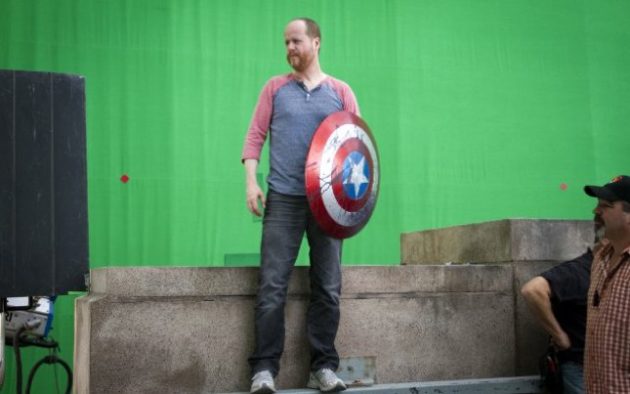 The Avengers probably wouldn’t ever find itself compared to The Cabin in the Woods if the two films hadn’t been released within weeks of each other. As it is, moviegoers have had a virtual feast of familiar tics laid before us by writer-director-geek hero Joss Whedon. My Whedon fatigue is well-documented, so I was pleasantly surprised to find some of his schtick to be the best part of The Avengers. It’s not a straight-up assessment of quality -- I liked The Cabin in the Woods better overall than The Avengers – but some of Whedon’s usual crutches worked better under the restrictions of the big-budget blockbuster than they did in the small, indie, meta-horror film, where he could let his id run wild. On the Whedonism scale of distracting to effective, here are four familiar tropes that worked well in The Avengers.

[Spoilers ahead, and we’ll all have to agree to disagree on Firefly.]

1. The ragtag group of heroes.
This was completely out of Whedon’s control, but completely in his wheelhouse. Buffy, Angel, Firefly and Dollhouse were all ensemble dramas, making Whedon probably the best possible director to take on this studio-mandated supergroup of superheroes. By now he knows how to juggle characters and storylines – and when to let some drop. (Even though I’m not one of the Firefly faithful, I really enjoyed Serenity precisely because of the restrictions it placed on Whedon; he had to wrap up the Firefly series and still tell a coherent, independent story in under two hours, which forced him to strip away a lot of what I found to be self-indulgent or poorly thought-out on the television show.)

The Avengers doesn’t try to give equal time to each of the heroes; it might as well be called Iron Man 2.5. Thor is there to swing his hammer and drop off the villain from his movie, Hawkeye gets brainwashed before we even know him, and Captain America fades into Tony Stark’s straight man. And you know what? Those are good things. The movie’s already over two hours, I don’t really need subplots for most of the dudes who are lining up their own sequels. And by choosing a few of the Avengers to focus on, Whedon made me more invested in what happened to Stark and Black Widow and the Hulk during the course of the movie.

2. The poignant death of the supporting characters.
From Tara and Joyce Summers to Wesley and Wash, Whedon’s pretty ruthless about killing off the nice, sweet supporting characters. Poor Agent Coulson never had a chance. Yes, the guy has had a target on his back since his first appearance in Iron Man turned him into a multi-movie flunky, but his actual death in The Avengers was probably the movie’s biggest surprise. Whedon played it very effectively – it was a rare moment of emotion amid the sky-monsters and damaged buildings and Tom Hiddleston’s distracting horned helmet, and I believed in Coulson’s death much more than the movie ever made me believe that Iron Man would actually have to sacrifice himself to save Manhattan.

3. Topping the platonic ideal of the action-movie quip.
From Buffy on, Whedon has perfected the sly, self-referential one-liner tossed amid the carnage and choreographed fight scenes. Which is great, if increasingly unremarkable now that most action movies star snarky, Han Solo-wannabes who never let a fight to the death get in the way of their quips. As always, Tony Stark is more than happy to oblige in The Avengers, and gets off some particularly memorable meta-comments about Thor’s “Shakespeare in the Park” superhero garb. But Whedon’s humor worked for me a little bit more here than it did in Cabin in the Woods – it was less distracting, or maybe just more welcome in the face of the tedious Blockbuster Special Effects. I especially liked the visual humor he wrung out of the Hulk, who responds to victory by punching Thor and meets Loki’s threats by banging him around like a piece of pizza dough. A few days after seeing The Avengers, I don’t remember a lot of the dialogue, but I do remember those images.

4. Women who sometimes get to do things.
I was not very impressed with the women of Cabin in the Woods, but The Avengers was definitely a step back towards Buffy and Zoe and the other women Whedon allows to be more than onlookers and love interests. True, The Avengers won’t pass the Bechdel test, and poor Cobie Smulders might as well have been wearing an “Exposition Girl” nametag. But Gwyneth Paltrow’s Pepper Potts makes a big impression in a few minutes of screen time, and I was pleasantly surprised at how much Scarlett Johannson’s Black Widow gets to do, especially considering her rather dismal introduction in Iron Man 2. She gets an action scene or two, she’s shown using her diplomacy and wits to recruit the Hulk and figure out the villain’s plan, and while her loyalty to Hawkeye helps develop her character, she’s not reduced to the anxious girlfriend – in fact, her conversation with Loki cleverly subverts that trope.

According to Adam Rogers’ great Whedon profile in Wired, Marvel actually considered dropping Black Widow from the film at one point; Whedon not only fought for her to stay so that the superheroes’ base didn’t turn into a “gay cruise,” he made her into one of his three main protagonists. Which is appreciated by all of us girls who don’t need to ask our boyfriends when The Avengers comes out.