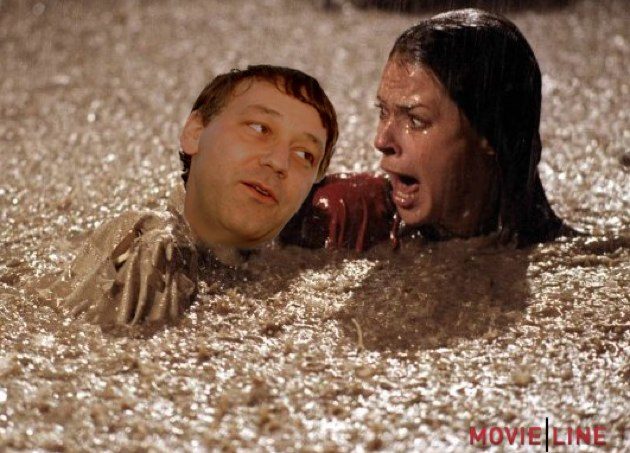 Where have we heard this before: MGM is moving forward with its planned remake of of the 1982 horror classic Poltergeist, this time with Sam Raimi co-producing and his Oz: The Great and Powerful screenwriter David Lindsay-Abaire contributing the latest script. Some wailing and gnashing has ensued around the Web, but let's just calm down — we're only a year and a half behind the scheduled release date of the previous remake they threatened. Sounds like a high priority!

The beleaguered studio has long included Poltergeist among its list of post-bankruptcy remake prospects, with director Vadim Perelman (House of Sand and Fog) previously attached to direct a do-over written by Juliet Snowden and Stiles White (Knowing). That version surfaced almost four years ago. Meanwhile, according to THR, the latest would have Raimi producing (but not directing) alongside Nathan Kahane, Roy Lee and Robert Tapert. And that's... it. That is literally all the information anyone has about an unwanted remake taxiing down the MGM runway behind such sluggish studio jets as RoboCop and Carrie.

So let me just say it again: Relax! Plugging Raimi's name into a project these days virtually ensures at least a few years of development hell, and the infamously accursed Poltergeist production legend should take care of scuttling the rest. Go back to dreading Short Circuit, already.