On Joel Kinnaman and the Thing About RoboCop's Eyes 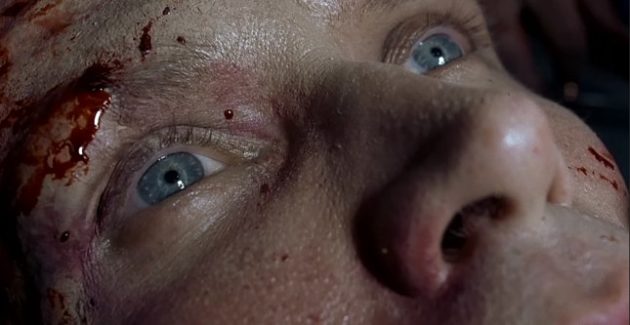 I always thought what made the original RoboCop so affecting was the transition of Alex Murphy from family man and upstanding cop to firing-squad target to crime-fighting machine to vulnerable yet indestructible emo-robot hybrid. It made for an ingeniously subtle arc against which to project the rest of Paul Verhoeven's pulpy, gory social satire, and Peter Weller's performance — essentially three performances layered atop and influencing each other — provided the foundation on which the film has held up for a quarter-century. So I don't know what to make of... this, from RoboCop remake star Joel Kinnaman (via MTV):

RoboCop is going to be a lot more human. The first movie is one of my favorite movies. I love it. Of course, Verhoeven has that very special tone, and it’s not going to have that tone. It’s a re-imagination of it. There’s a lot of stuff from the original. There are some details and throwbacks, but this version is a much better acting piece, for Alex Murphy and especially when he is RoboCop. It's much more challenging. [...] It's not going to be jaw action. They’re still working on the suit and how it’s going to look, but the visor is going to be see-through. You’re going to see his eyes.

I mean, OK? If only Weller had had a more "challenging" role in 1987! Think of how much better RoboCop would have turned out. Moreover — giving Kinnaman and director José Padilha the benefit of the doubt, even — what's the upside of giving Murphy's remade face away before the big third-act reveal? Wasn't the point not that we "see his eyes," but that we see through his eyes — everything from domestic flashbacks to Clarence Boddicker spitting on his mask? Which then forces us to reconcile the human with the robot, especially once those eyes are revealed?

I'm pulling for this movie, I swear, but this just seems like a fundamental misunderstanding of character. This is the leading man we're talking about! I'll take "details and throwbacks," sure, but don't leave out the heart and soul.