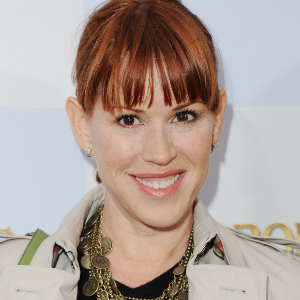 "I'm here to answer all of your questions about Rampart." With that sly nod to Woody Harrelson's infamous fiasco of an internet Q&A, Molly Ringwald arguably won Reddit's Ask Me Anything (AMA) for all of eternity -- and that was even before she named Nights of Cabiria as her all-time favorite movie, answered Redditor memes with other memes, quoted American Psycho, and told tales about John Hughes and The Breakfast Club and applying lipstick with her boobs.

For example, on the subject of her famed lipstick trick:

Regarding lipstick, it's all movie magic. There is a story behind that: John Hughes wrote it but never actually thought about me having to do it. He kept putting it off until the end of filming that long scene. I kept bringing it up, like, "Hey. We gotta figure this out. Are we going to have robotic breasts?" Finally we decided it was better to see less and let everyone assume that I was particularly skilled.

Let the record show that Molly Ringwald did not, in fact have robo-boobs! (That should make some of us ladies who still have to apply by hand a little bit better.) Elsewhere, she was asked to clear up the rumor that Breakfast Club co-star Judd Nelson was almost fired from the shoot for giving her a hard time.

This is true. I think Judd was doing the method actor thing during rehearsals. He was wearing Bender's clothes and trying to annoy me. I was fine but John Hughes was very protective of me. We ended up having a powwow, led by Ally. I remember her telling me, "We have to get him focused. Like a laser!" I think a bunch of us including myself called John and asked him to reconsider. I am thankful he did.

Ringwald, who can currently be seen on ABC Family's The Secret Life of the American Teenager, joined Twitter days ago and set up the Reddit AMA after admitting to being a longtime lurker and Reddit fan. Head here for her full Reddit AMA, which will only ignite your totally '80s Molly Ringwald obsession/crush anew.