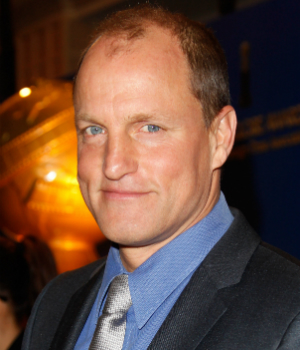 Here's a doozy to add to the annals of great PR stunts gone wrong: Last Friday, Woody Harrelson took to Reddit to promote his latest film, Oren Moverman's Rampart, in which he gives a pretty terrific and tough performance as a corrupt L.A. cop. Harrelson's been an open book to the world in the past, so why not sit him down for a session of "Ask Me Anything" with the users of the internet's arguably most powerful (and famously no bullshit-taking) community?

Well, because it can go very, very wrong. As when Reddit user AndyRooney asked Harrelson about a rumored onetime tryst with a high school student at a prom in L.A.

"I swear this is a true story. I went to a high school in LA and you crashed our prom after party (Universal Hilton). You ended up taking the virginity of a girl named Roseanne. You didn't call her afterwards. She cried a lot. Do you remember any of this and can confirm or have you been so knee deep in hollywood pooty for so long that this qualifies as a mere blip?"

Harrelson refuted the claim and attempted to move on in the AMA chat, but things just were not going his way. For starters, Redditers became testy when the actor kept directing his answers toward Rampart -- a trick employed by any actor or filmmaker or famous person who has something specific to promote. Media training, people!

Well, it might've worked on the late night talk show circuit, but it didn't fly this time; Harrelson fled the chat as users erupted over his using the open channel of AMA to pimp a product, his handlers reportedly flipped out, and the rest has made history among spectacular press flame-outs in recent memory.

The victim in all of this, and I'm not talking about some 18-year-old young lady who may or may not have had a fling with an actor at prom, is the film itself -- Rampart is Moverman's sophomore feature, an intense character study filled with noteworthy turns by Harrelson and his castmates (including Brie Larson, near unrecognizable as Harrelson's rebellious teenage daughter). Following the critical success of Moverman's debut film The Messenger, a sensitively observed drama co-starring Harrelson and Ben Foster (who also appears in Rampart), the cop drama hits theaters this Friday and needs all the attention it can garner. And truth be told, it deserves to be seen. But this kind of attention isn't helpful to anyone except maybe the Reddit community, which holds on to their reputation as an iconoclastic, no-fools-suffering information exchange on the internet.

Reddit's "Ask Me Anything," meanwhile, remains a brilliant way for certain celebrities to interact openly and candidly with internet denizens. But publicists -- if you do expose your clients to the wonders of Reddit, at least make sure they know what they're in for.

Movieliners, here's your chance: who's to blame for the Great Harrelson-Reddit Debacle of 2012?