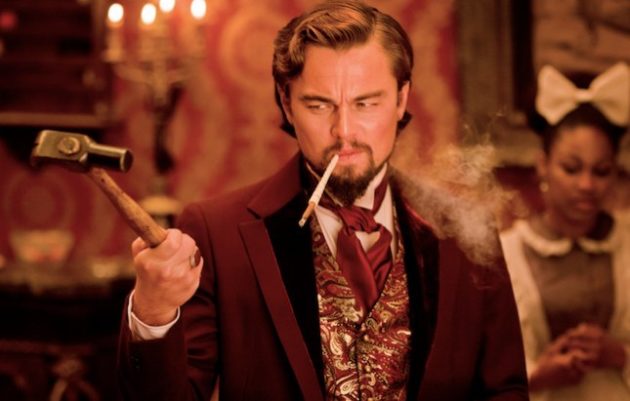 Posters are fine and all, but you can't really get too breathlessly caught up in a movie's hype until there are glimmering first images from the set. Especially when they feature one of the world's biggest stars in in all his 19th-century slave-baron resplendence wielding a hammer. And sucking nefariously on a smoke. Yes, Leonardo DiCaprio, come on in! I'll let you repair my morning.

The first-look Django Unchained photos come by way of EW, which also gleaned some background from leading man Jamie Foxx while passing along your first glimpse of Foxx and Christoph Waltz as the freed slave Django and the German mercenary Dr. King Schultz. Needs more hammer. 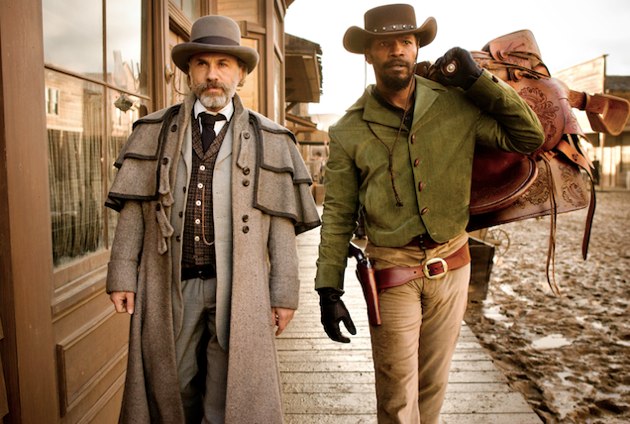